Here’s what your uHaul rental tells us about Pa.’s importance in 2020 | Monday Morning Coffee

So who’da thunk that your choice of rental van would be some kind of portent for the 2020 presidential election?

As ‘Meet the Press’ host Chuck Todd noted on Sunday, new data from the rental giant company, detailing its top growth states, has some food for thought for political junkies.

“We spend a lot of time talking about immigration, but it’s domestic migration that could have a big impact on the 2020 election as well,” Todd observed during this weekend’s broadcast of “Meet the Press.”

At first blush, the data shows that the states that showed the most growth were those who went to Republicans in 2018, Todd observed. Those states were Florida, Idaho, South Carolina, Texas and Utah — all states that went for Donald Trump in 2016. 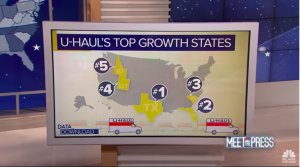 And the three states on the bottom — California, Illinois and Michigan — were blue states and important swing states that had more leaving than coming in. 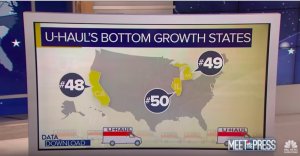 As this New York Times map shows, two of the three went for Hillary Clinton (Illinois and California), while the other was a key Rust Belt state (Michigan) that went for Trump: 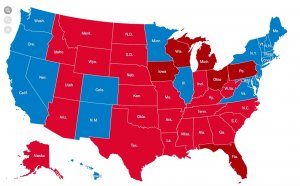 “Going into 2020, this paints a fairly positive picture for Republicans,” Todd notes. “But when you take a closer look at the cities, seeing the most uHaul trucks drive in, things may start to look a little better for the Democrats.

Credit whatever you want: The sudden surge of hipsters in Midtown or the explosion of craft breweries, but Harrisburg makes the cut of the top 10 cities that have seen the most uHaul trucks driving in. And five (in bold below) of the 10 cities are all in critical electoral battlegrounds. 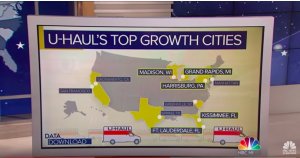 Now, anyone with an even casual knowledge of the Keystone State’s political topography knows that Dauphin County, home to Harrisburg, is a reliable shade of Democratic blue,

“The margin of each of those states was less than 1 percent,” Todd notes. ” … So, if it’s the blue areas that are growing, that could pose a problem for the president’s re-election in 2020.”

A key caveat: “Now, we don’t know for sure who, exactly, is moving into and out of these places,” Todd added. “But if it’s the blue dots inside the red states, that are the places that have been growing … that means some of these states could be, more and more, blue and purple,” in two years’ time.

Now: Our stuff.
Staff Reporter Stephen Caruso profiles new Democratic Whip Jordan Harris of Philadelphia – who has something in common with Cory Booker. Namely, skepticism in the progressive base over his support for charter schools.

Capital-Star Washington reporter Robin Bravender finds U.S. Rep. Brian Fitzpatrick, R-1st District, joining with Dems to side against President Trump on climate change. Which is the most suburban Philly thing he could possibly do.

On the opinion side of the house, the lobbyist for Pennsylvania’s nursing home industry makes the case for more money in Gov. Tom Wolf’s 2019-20 budget proposal. And U.S. Rep. Madeleine Dean, D-4th District, offers her prescription on avoiding the next shutdown.

Elsewhere:
A Philadelphia City Council member who was investigated for child abuse is holding hearings on the city’s Department of Human Services, The Inquirer reports.

Attorney General Josh Shapiro’s lawsuit against UPMC may not be solved so easily, The Post-Gazette reports.

PennLive takes a look at the change in tone and the players in the debate over whether to legalize recreational marijuana.

With fast fashion taking over, Philadelphia’s bespoke shirt-makers are quietly going out of business, BillyPenn reports.

The Incline explains how Pittsburgh is ‘amending its controversial gun-control push.’ 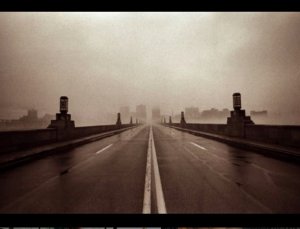 There are now ‘vape-detectors’ in school bathrooms in Pennsylvania and New Jersey, WHYY-FM reports.

The Morning Call has your quick-hit digest of political news from around the state.

PoliticsPA has last week’s winners and losers in state politics.

In most states, women pay more than men for auto insurance.  No, there really isn’t a good reason for that, Stateline.org reports.

U.S. Rep. Walter Jones, D-N.C., has died at age 76, Roll Call reports. We used to cover Jones when we worked on the Hill in the late 1990s. While he had his issues, we do recall him being willing and ready to answer a young journalist’s questions. RIP, sir.

What Goes On.
The House and Senate both come in at 1 p.m. today.

Heavy Rotation.
Here’s one from Khalid and Disclosure, it’s called “Talk” and it sounds like a bolt of summer sunshine.

Monday’s Gratuitous Hockey Link.
Winnipeg got past Buffalo 3-1 on Sunday. The Jets’ Blake Wheeler picked up a late goal, handing the Sabres their eighth loss in 12 games.

Here’s what your uHaul rental tells us about Pa.’s importance in 2020 | Monday Morning Coffee