The dust is settling on the 2020 elections. The headline will be Biden Defeats Trump, but the results of other elections at the federal and state levels will also have a significant impact on both the short-and-long-term future of older Pennsylvanians

The first thing to note is talk of suspending the payroll taxes that fund Social Security and Medicare is over. Trump’s proposal faced strong opposition, but there will be no consideration of such a misguided approach in a Biden Administration.

Although this eases an immediate threat to Social Security and Medicare, the future prospects of the programs were not improved by the election results.

In Congress, Republican members, after four years of blissful ignorance, are suddenly remembering there is a huge federal deficit and are indicating it is a grave problem. The oldie-but-goodie term “entitlement program” is likely to become a key talking point for Congressional Republicans and suddenly Social Security and Medicare “reform” will again be a topic of discussion.

Will this lead to needed action to ensure Social Security and Medicare are able to pay full, earned benefits for the foreseeable future?

Right now, it’s hard to imagine Democrats accepting either an increase in the eligibility age or a reduction in benefits or Republicans agreeing to lift the cap on earnings subject to the payroll tax.

No matter who wins, America will have its oldest president ever. We deserve to know about their health | Ray E. Landis

The end result is likely to be pushing this debate farther into the future, making a resolution more difficult, and more campaign commercials in 2022 and 2024 claiming the other political party is trying to destroy Social Security and Medicare.

At the state level, the election results didn’t change much in the General Assembly. Republicans appear to have added a couple seats to their majorities in the House and Senate, which is likely to exacerbate the frosty relationship between the Wolf administration and the Republican leadership of the House and Senate.

Such a dynamic usually would portend a difficult start to the new legislative session in January. But this year there is unfinished business before the 2019-2020 session of the General Assembly officially ends on November 30 – the completion of the state budget.

In the face of the COVID-19 pandemic lawmakers passed a partial year budget in the spring, with the hope the virus’ impact would subside and state revenues would bounce back by November.

Unfortunately, COVID-19 refused to cooperate, and Pennsylvania is now setting daily records for new positive cases. State revenues have partially recovered, but the Commonwealth still faces a staggering budget deficit that must now be resolved by Nov. 30.

There don’t appear to be easy ways out of this situation. The federal government won’t provide any emergency funds. The Republican majorities in the General Assembly have made it clear that tax increases are off the table.

The typical budget chicanery isn’t an option with deficits of this size. It seems inevitable that budget cuts are coming, perhaps with some state borrowing of funds to limit the size of the cuts.

Programs for older Pennsylvanians will not be immune from the cuts. Lottery funding already is used for the strained Medicaid budget, and it would not be surprising to see more lottery revenues shifted to Medicaid, with subsequent reductions in funding for some of the home-and-community based care programs currently supported by the lottery.

This short-term budget crisis has long-term implications as well. No election or budget deficit can change the fact that Pennsylvania’s population is aging. But election results show voters are unwilling to reward candidates who will realistically address this fact. Without adequate funding, programs that help older Pennsylvanians, particularly those in need of long-term care, will continue to suffer.

Finally, there were two other out-of-state election results that may reveal clues to how Pennsylvania may or may not address the need for more funding for these programs in the future.

First the bad news: Illinois voters rejected a proposal to move from a flat income tax to a system where those with higher incomes would be taxed at a higher percentage. This result shows an attempt to reform Pennsylvania’s antiquated income tax system would likely also fail.

Meanwhile, New Jersey voters approved legalizing the recreational use of marijuana, which will produce significant tax revenue for the state. Is this the best way to address a state budget deficit?  Perhaps not, but when other opinions are exhausted, it might be time to follow our neighbor’s example. Especially if it might help to chill the fiscal debate. 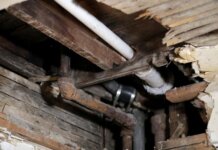