In 2017, state Auditor General Eugene DePasquale issued a special “State of the Child” report, which provided detailed information about our state’s child-welfare system.

Among its recommendations was to provide children and youth caseworkers with access to all records concerning a child who is the subject of an investigation, including medical, scholastic and substance abuse treatment records.

I’m sponsoring legislation (HB835) that provides this access to help caseworkers get a clear picture of what challenges these children are facing at home, as well as at school, in order for them to make the best decisions on their behalf.

Right now, caseworkers have access to medical records in one section of state law. And they can get access to other records — once a request is made to the secretary of the state Department of Human Services.

However, there is no clear authority for these agencies and caseworkers to request drug and alcohol treatment and school records directly. That results in significant delays for caseworkers, who need this necessary documentation to properly assess a child’s situation and take needed steps to protect them.

My legislation would provide access to these documents, but it would also limit the scope of the records’ access only to the child involved in an investigation, not to other children or adults in the home.

Just like with other records, these records would still be subject to the same confidentiality requirements as other documents and materials compiled in an investigation.

By mandating that the caseworkers review these records, my bill would also help detect any false abuse reports and protect those who have been improperly accused of child abuse or neglect.

The bill was recently approved by the House Children and Youth Committee and is now being considered in the state House. It has als garnered support from the Auditor General’s Office.

As the bill moves through the General Assembly, I am confident we will – and we must – do all we can to protect our children, especially those most at-risk. 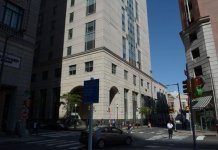