Abortion rights supporters rally at the Pa. State Capitol on Tuesday, 5/21/19, as part of a national day of action (Capital-Star photo by John L. Micek)

Welcome back to the Abortion Wars — Pennsylvania edition.

On Wednesday, freshman state Sen. Doug Mastriano, R-Adams, decided that one of his first legislative gambits out of the gate would be a restrictive, and most likely unconstitutional, proposal limiting a person’s access to abortion.

Mastriano is currently in the market for co-sponsors for a so-called “heartbeat bill,” which would ban abortion the second it’s possible for a fetal heartbeat to be detected. That can happen at as early as six weeks’ gestation, which is before most people even know they’re pregnant.

“The right to life is the single most important issue of our lifetime,” Mastriano wrote. “But it has been clouded by polarization and politicization. Using observable science and modern medicine as our guide to advance legislation on this sensitive issue – without being clouded by politics – is the best way forward.”

Right — because there’s nothing less political or polarizing than a middle-aged white dude trying to tell 52 percent of the population what they can or cannot do with their bodies. In his memo, Mastriano says his legislation “would shift the focus on abortion laws to protecting the baby.”

Indeed, there’s nary a mention of exceptions for rape, incest, or the mother’s health. So, again, nope, nothing polarizing or political there at all.

Borowicz, you’ll recall, made her first big splash of the 2019-20 legislative session by opening a state House voting day with an invocation that was so explicitly sectarian and Islamophobic that House Speaker Mike Turzai, R-Allegheny, was caught on video anxiously moving to pull her away from the lectern. The prayer, which came on the day the Legislature swore in its only black, woman Muslim lawmaker, made national headlines.

And the team-up is only appropriate, given what appears to be Mastriano’s deep hostility to Muslims. As the Capital-Star reported back in May, then-candidate Mastriano’s campaign Facebook page was riddled with conspiratorial, anti-Muslim memes.

The page was later scrubbed, but screen captures preserved by the Capital-Star provided several examples of the memes that Mastriano, a vet who billed himself as “fighting for freedom,” found just fine to share with his followers. 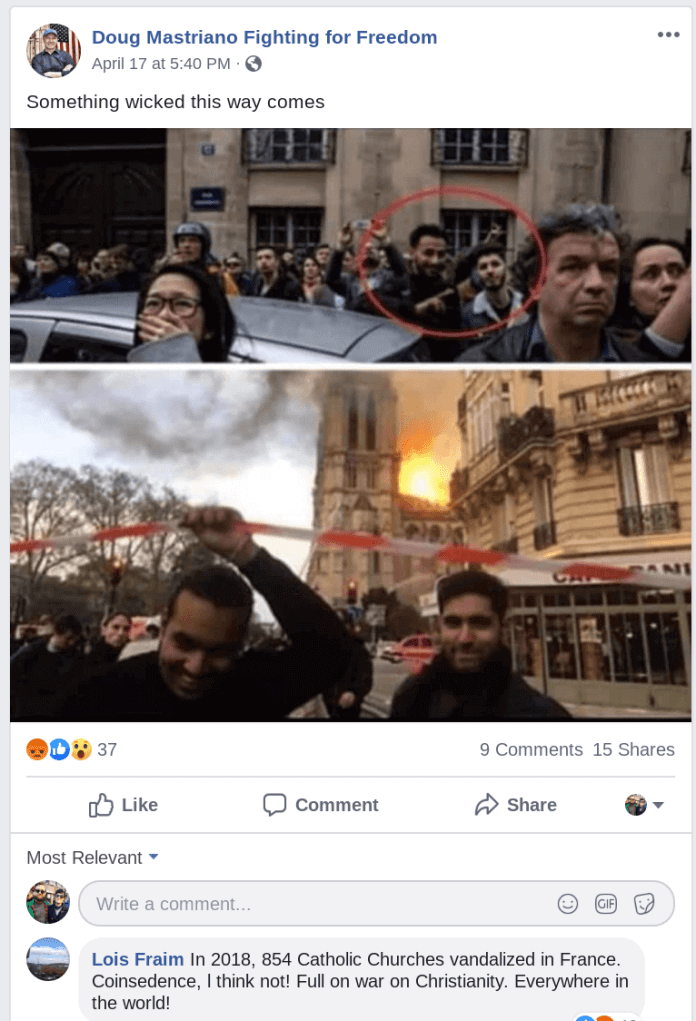 The posts, as the Capital-Star’s Elizabeth Hardison reported at the time, were mixed among more boilerplate conservative calls for tax cuts, regulatory reform, and infrastructure reform that the Republican shared with his more than 27,000 followers. Mastriano beat Democrat Sarah Hammond in a May 21 special election, taking the 33rd Senate District seat held by former GOP Sen. Richard Alloway.

Yes, Mastriano is a co-sponsor of legislation sponsored by Sen. Judy Schwank, D-Berks, that would criminalize sexual extortion — so there’s that.

But an inspection of his legislative web page reveals that he appears to have the same disinterest in what happens to a fetus once it leaves the womb as most other anti-abortion lawmakers. He is not a prime sponsor, or co-sponsor, of any bill that would make life easier for new and expectant mothers.

He is, however, a co-sponsor of legislation backed by Sen. Scott Martin, R-Lancaster, that would ban abortion on the basis of a Down syndrome diagnosis. A similar bill, sponsored by Turzai, passed the House earlier this year. That bill is currently parked in the Senate, with no immediate signs that it’s going anywhere.

Mastriano’s new — and decidedly terrible piece of legislation — of course, comes amid a broader Republican effort to limit or eliminate access to abortion across the nation.

Georgia Gov. Brian Kemp, a Republican, has already signed a heartbeat bill into law. A similar bill in Kentucky, signed into law in March, has been stayed by a federal judge, the Atlanta Journal-Constitution reported. Governors in Mississippi and Ohio have also signed similar bills into law, the newspaper reported.

Alabama’s thoroughly awful law requiring victims of rape and incest to carry their violators’ fetuses to term punishes doctors who perform the procedure with life in prison has been similarly well documented.

As 2020 closes in, Republicans seem to think they’ve seized on a potent campaign issue that will motivate their base. But this is definitely a case of high-powered anti-abortion interests driving the debate. Support for abortion hit a 25-year high in a July 10 ABC News/Washington Post poll.

Sixty percent of respondents said they believe abortion should be legal in all or most cases. Ironically, 51 percent of Republican men expressed support for abortion rights in the poll — though hardliners like Mastriano, Turzai, Borowicz, and Martin still speak with outsized voices.

If there’s a saving grace to any of this, it’s that all of these bills face a guaranteed veto by Democratic Gov. Tom Wolf, who, along with Attorney General Josh Shapiro, remains a bulwark in the fight to preserve abortion access.

But it’s also yet another reminder that, as much as the national debate on abortion is focused on the U.S. Supreme Court and the fate of Roe v. Wade, state capitols remain the real battlegrounds. And they have to be monitored at all times.