Pennsylvania logged 1,129 traffic fatalities statewide in 2020, a year that saw fewer drivers on the road as a result of the COVID-19 pandemic, the state Department of Transportation said Tuesday.

The 2020 tally was an increase of 6 percent over 2019, which saw 1,059 fatalities statewide, according to PennDOT data. The increase came even though there was a 20 percent reduction in traffic counts compared to the year before. Officials said the increase matches conclusions reached by National Safety Council, whose preliminary data estimates national motor-vehicle deaths are up 8 percent.

“We cannot definitively say why fatalities increased during the COVID-19 pandemic even though it certainly had an impact on traffic volumes statewide,” PennDOT Secretary Yassmin Gramian said in a statement. “Over the long term, traffic fatalities are still trending down, but we must continue to work together to make our roads safer for all drivers.

Even with the increase, the 2020 tally is the second-lowest on record, and comes as overall traffic fatalities continue to trend downward, the agency said. 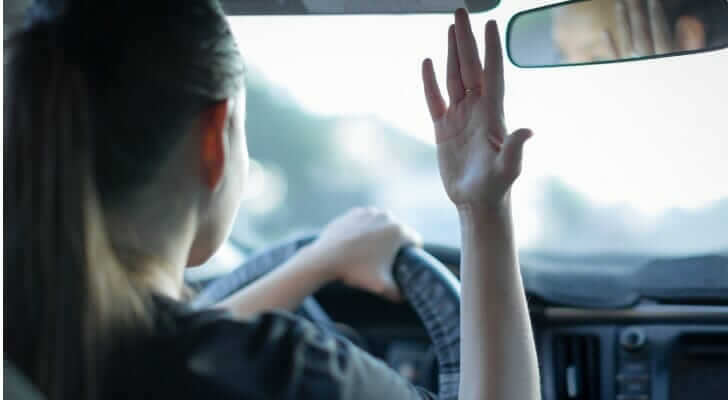 Here’s a look at where crashes increased in 2020, by the numbers:

And where they decreased, according to PennDOT:

“Additionally, the year-to-year longer-term trends also continue to decrease. For example, compared to 2016, there were 59 fewer total traffic deaths, 86 fewer deaths in lane departure crashes, and 60 fewer fatalities involving unrestrained occupants in crashes,” the agency said in its statement.

“Even one life lost is one too many, and Pennsylvania is committed to moving toward zero deaths,” Gramian said. “Our biggest priority continues to be safe travel regardless of the mode you use, and we continue to work with our partners to decrease fatalities through educational outreach, the latest innovations, effective enforcement and low-cost safety improvements.”

Our Stuff.
Former Minneapolis police officer Derek Chauvin was found guilty Tuesday on all three counts in the death of George Floyd. Our sibling site, the Minnesota Reformer, has the story.

Our Cassie Miller rounds up how Pennsylvania politicians reacted to the verdict.

Citizen activists returned to the state Capitol for the first time in months this week to hold lawmakers’ feet to the fire on a range of issues, including justice for sexual abuse survivors and recreational marijuana legalization. Stephen Caruso and Elizabeth Hardison have the story.

On our Commentary Page this morning, a pediatrician who cares for transgender children tells parents what they need to know about such issues as social support, puberty blockers and other medical options that will improve their lives. And PSEA President Rich Askey says Pa. students need to be put front and center as hundreds of millions of dollars in federal stimulus money flows to school districts.

Elsewhere.
The Inquirer homes in on efforts by the state and officials in Philadelphia to combat vaccine hesitancy.
A new coalition of 43 groups is pushing the Allegheny County Port Authority to reduce fares for lower-income riders, the Post-Gazette reports.
PennLive talks to Harrisburg civil rights leaders about the Chauvin trial verdict.
LancasterOnline also gets local reaction to the verdict.
As does the York Daily Record.
With the election less than a month away, Pa. Republicans are ramping up the focus on a proposed constitutional amendment seeking to limit the governor’s disaster powers, the Morning Call reports.

WHYY-FM talks to Philadelphia leaders about the implications of the Chauvin verdict.
Pennsylvania plans to send more vaccine to providers, the Associated Press reports (via WITF-FM).
The Erie United Way will add five case managers to Erie’s community schools, GoErie reports.
A historic bridge in Washington County will close to traffic as officials get ready to replace it, the Observer-Reporter reports.
The incidence of long-haul COVID cases has renewed the push to provide more palliative care, Stateline.org reports.
Voter turnout in the 2022 midterms will decrease — but not for the reason you think, Roll Call’s Nathan Gonzales writes.

What Goes On.
The House and Senate both gavel in at 11 a.m. today.
10 a.m, Capitol Steps: Rally for ‘election integrity.’

You Say It’s Your Birthday Dept.
Best wishes go out this morning to Ed Mahon of Spotlight PA., and reader Lara Brenckle, both of whom celebrate today. Congratulations and enjoy the day.

Heavy Rotation.
We’re going to stick with another old school classic this morning. Here’s ‘Make Me Smile (Come Up and See Me),’ by Steve Harley & Cockney Rebel.

Wednesday’s Gratuitous Hockey Link.
Carolina rolled past Tampa 4-1 on Tuesday night. The ‘Canes’ Nino Niederreiter had a goal and an assist on the way to the win.