A group backed by CNN anchor Van Jones is hoping to jump start the conversation on probation reform with a new poll showing that two-thirds of state voters favor a bipartisan approach to the issue that would reduce the amount of time people spend on probation and prevent people from going back to jail for minor technical violations.

Support for the legislation proposed by House Democratic Whip Jordan Harris, of Philadelphia, and Rep. Sheryl Delozier, R-Cumberland, includes strong majorities of Republicans (60 percent) and Democrats (73 percent), according to the poll commissioned by the REFORM Alliance, and conducted by Harper Polling in Harrisburg.

The Capital-Star exclusively obtained a copy of the poll, which includes the opinions of 605 likely voters for an overall margin of error of 4.05 percent. The survey, which included live telephone interviews, was conducted from Jan. 11 to Jan. 13.

As The Capital-Star’s Elizabeth Hardison reported in December, the Harris/Delozier bill was amended in the House Judiciary Committee, where the panel’s chairman, Rep. Rob Kauffman, R-Franklin, plugged in language that prompted backers, including the state branch of the American Civil Liberties Union, to withdraw their support for the bill.

As Hardison reported, the bill would, in its current form:

The amended bill is currently parked in the House, after being removed from the table on Dec. 16 of last year, according to the Legislature’s official website. 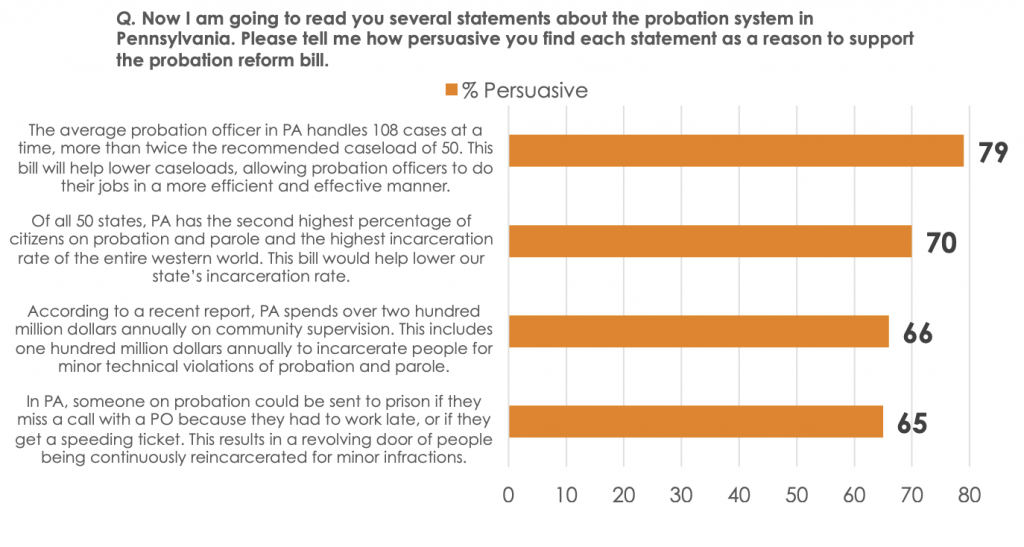 Among the poll’s other conclusions:

Probation is a personal issue for state residents, with nearly 3 in 10 respondents (28 percent) saying they have have a family member who has been placed on probation or who has been incarcerated.

In addition, “probation reform is not a regional issue. Geographically, rates of reported probation and incarceration reach their extremes in the rural Northern Tier (37 percent) and the metropolitan Southeast (34 percent),” pollsters found.

In a statement, the REFORM Alliance’s special counsel, Alex Spiro, told the Capital-Star that the bipartisan bill is a “no-brainer.”

“As a former prosecutor, I’ve seen firsthand the harm caused by outdated probation policies. More than two-thirds of Pennsylvanians agree that bringing our probation laws into the 21st century is a no-brainer,” Spiro said.

“Lawmakers in Harrisburg have a golden opportunity to come together on a bipartisan bill that will make communities across the state safer and stronger, and ease the burden on taxpayers and probation officers, alike,” he continued.

In a Capital-Star op-Ed last year, Philadelphia District Attorney Larry Krasner offered a similar sentiment, arguing that the bill that came out of the House Judiciary Committee was both “unconstitutional and harmful.”

“The Delozier/Harris bill, as amended, is not criminal justice reform,” Krasner wrote. “Because the amended bill would actually worsen the conditions of probation in Pennsylvania, we urge members of the House to reject this bill in its new form and get back to work on real probation reform in the Commonwealth.

To further build public awareness, the REFORM Alliance has also launched a digital campaign to build support for the original version of the bill.

Will it work? Stay tuned in the coming weeks.

Our Stuff.
On this MLK Day of Service, we’re offering a special package of coverage that we hope elevates King’s message of service, sacrifice and social justice.

Associate Editor Cassie Miller leads our coverage this morning with a holiday edition of the Numbers Racket that finds Philly the reigning champ of service, along with some other important data.

From our partners at the Central Voice, here are six LGBTQ Pennsylvanians who are making a difference in their communities.

On our Commentary Page, a University of Dayton scholar says it’s more important than ever to renew MLK’s anti-racism crusade.  And retired U.S. Army Col. Charles Allen, a faculty member at the U.S. Army War College in Carlisle, Pa., talks about heeding the call to service in his central Pennsylvania community. 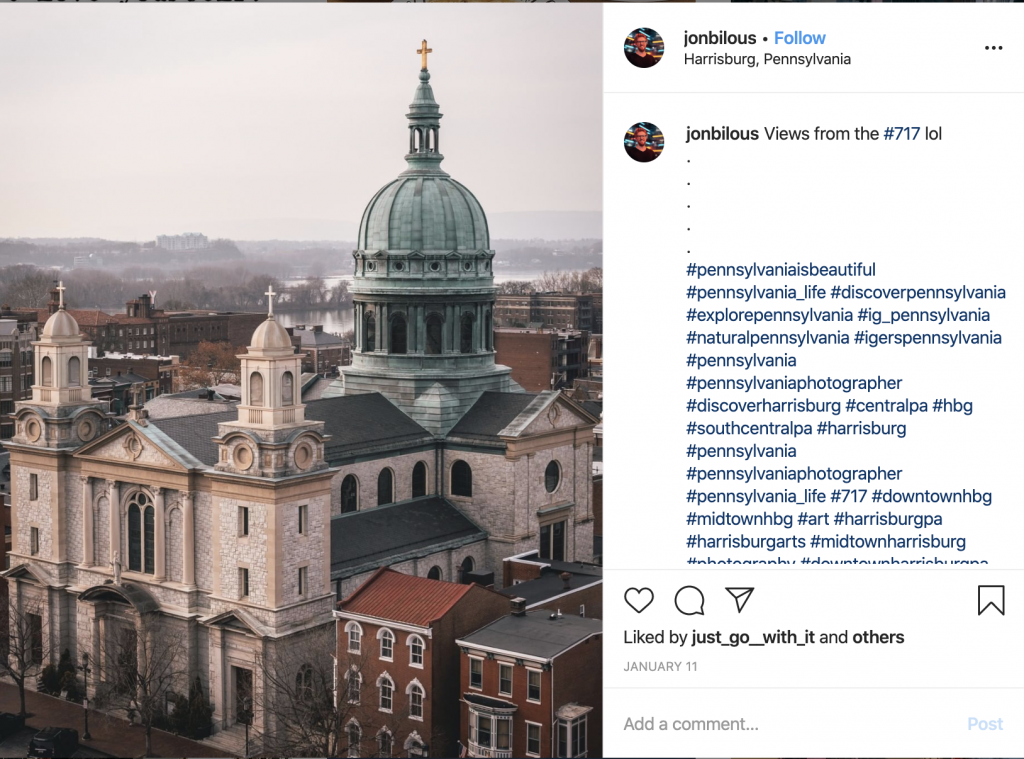 WHYY-FM profiles the young people who pushed gun control and climate change to the fore at the Women’s March in Philadelphia.
Gov. Tom Wolf says a GOP-backed bill loosening regulations for oil and gas drillers poses too big a threat to the environment, the PA Post reports.
A progressive group called The Progressive Turnout Project is looking to boost … what else? … progressive turnout in some key races this year, PoliticsPA reports.
Former U.S. Rep. Chris Collins, of California, has been sentenced to a little more than two years in prison on insider trading charges, Roll Call reports.

What Goes On.
Today is a state and federal holiday for MLK’s birthday. The House returns to session on Tuesday. The Senate is out of session until Jan. 27.

You Say It’s Your Birthday Dept.
Best wishes go out this morning to Beth Rementer at the Pennsylvania Department of Environmental Protection, who celebrates today. Congratulations, and enjoy the day.

Heavy Rotation.
Very quietly, and without much fanfare, veteran Irish rockers Snow Patrol put out a record late last year where they reimagined some of the best-loved songs. Here’s a re-recorded version of “Just Say Yes,” that is just lovely.

Monday’s Gratuitous Hockey Link.
In his season debut, the ‘Canes Justin Williams scored Carolina’s deciding goal in a shoot-out win over the Isles on Sunday. The win snapped a three-game losing streak for Carolina, who are chasing Columbus for a wild card berth in the Metro.