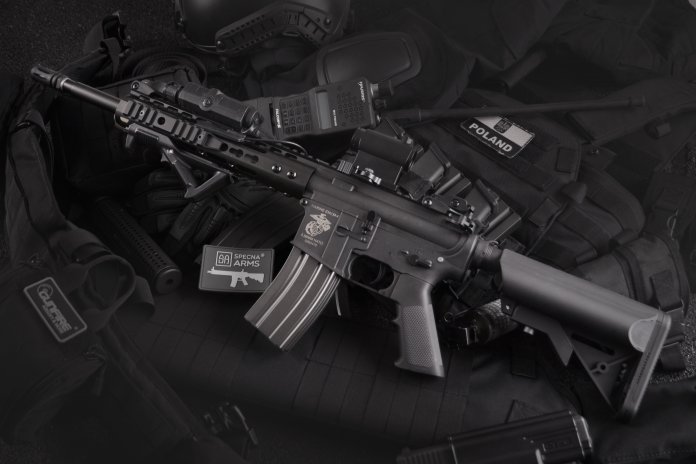 Former Vice President Joe Biden recently penned a New York Times column calling for the assault weapons ban to be reinstated. Critics argue that the ban did nothing to stop crime, gun violence, or mass shootings.

In this column, I don’t just examine the evidence — I let you do so, too.

“With Senator Dianne Feinstein I led the effort to enact the 1994 law that banned assault weapons and high-capacity magazines for 10 years,” Biden wrote. “Those gun safety reforms made our nation demonstrably more secure. They were also, sadly, the last meaningful gun legislation we were able to sign into law before the N.R.A. and the gun manufacturers put the Republican Party in a headlock.”

Biden adds, “I fought hard to extend the assault weapons and high-capacity magazines bans in 2004. The Republicans who allowed these laws to expire asserted that they were ineffective. But, almost 15 years after the bans expired, with the unfortunate benefit of hindsight, we now know that they did make a difference.”

A 2005 report from the National Research Council, for example, noted that ‘A recent evaluation of the short-term effects of the 1994 federal assault weapons ban did not reveal any clear impacts on gun violence outcomes.’ A 2004 study sponsored by the National Institute of Justice found that while the ban appeared to have reduced the number of crimes committed with ‘assault weapons,’ any benefits were ‘likely to have been outweighed by steady or rising use of non-banned semiautomatics.’ As a result, the Justice study found ‘there has been no discernible reduction in the lethality and injuriousness of gun violence, based on indicators like the percentage of gun crimes resulting in death or the share of gunfire incidents resulting in injury.’

To test this argument, I used information from Mother Jones‘ database on mass shootings, which the magazine defines as “indiscriminate rampages in public places resulting in four or more victims killed by the attacker.” These numbers have been cited by supporters and critics of the assault weapons ban.

I looked at the number of shootings in three time periods — before the ban, during the ban, and after the ban — as well as the total deaths and wounded.

As you can see, the rate of mass shootings was slightly higher over the 12 years before the ban. But these numbers were dwarfed by the greater number of shootings from when the assault weapons ban (AWB) expired (on Sept. 13, 2004) through this year.

Part of the reason folks prematurely concluded that the assault weapons ban didn’t work is because they were only looking at data before and during the ban, where the differences were not too different, though the ban years had fewer death and wounded rates.

But after the ban lapsed, it’s clear to see how much worse it became since September 13, 2004, when assault weapons became legal again.

John A. Tures is a professor of political science at LaGrange College in LaGrange, Georgia. Readers may email him at [email protected] and follow him on Twitter. His work appears frequently on the Capital-Star’s Commentary Page.

These are the greenest states in the U.S. How’d Pa. do? | Friday Morning Coffee

We tried drawing our own Pa. congressional maps. Here’s what we...