All of us can remember what we were doing on September 11, 2001. Nineteen years ago, I was working for Gov. Tom Ridge as a deputy press secretary. A WGAL- TV reporter called seeking a comment from the governor about a terror attack in New York City. I recall turning on the television and watching the second plane crash into the World Trade Center tower.

A few hours later, I remember evacuating our state Capitol to set up a temporary office at the Pennsylvania Emergency Management Agency (PEMA). And I remember leaving the facility that evening with the sky being eerily devoid of aircraft for the first time in my life.

I also remember Republicans and Democrats in Congress standing together to show the world the United States was united in this crisis, resolved to rebuild, and determined to bring the perpetrators to justice.

Many of those memories from 9/11 came rushing back during the early days of the pandemic. I was impressed by how quickly community bankers across the state, and their trade associations like the Pennsylvania Association of Community Bankers (PACB), communicated quickly and regularly with federal and state regulators to ensure the safety and soundness of the financial system and bank employees.

The rapid response by Congress and the Administration to inject trillions into the national economy to protect against a total collapse reminded me of the swift action by Congress to secure our homeland and support our troops who were working to bring the terrorists to justice. I also was very proud of the response by community banks who were called to deliver critical relief to small businesses through the Paycheck Protection Program (PPP). Those funds helped many small businesses continue to pay their employees during the initial COVID-19 shut down.

Nineteen years ago, Americans returned to work and to their lives not long after the planes crashed into the buildings in New York City and Washington, DC, and the farm field in Pennsylvania.

Six months after the Coronavirus pandemic started in this country, many of our fellow citizens can’t yet return to work. They remain unemployed and their workplaces shuttered. They are the unexpected victims of the economic injury caused by coronavirus, and so too are their employers – most small business owners who serve as the economic lifeblood of all Main Street.

As Congress gets back to work this week, we can only hope their focus remains firmly on small businesses and their employees whose fates hang in the balance of the ongoing COVID-19 pandemic. The overly complicated process for PPP forgiveness has many small businesses wondering what to do next. Members of both political parties have expressed support for simplifying PPP forgiveness for loans under $150,000 so borrowers can focus on the survival of their businesses.

Pennsylvania’s community banks and their small business customers applauded the swift response by Congress at the outset of the current economic crisis caused by the COVID-19 pandemic. But we need our allies in Congress to put aside their partisan differences to enact these meaningful changes – to get small businesses back to work without the cloud of PPP forgiveness hanging over them.

Perhaps the reflections of the sacrifices made by our fellow Americans 19 years ago can be the catalyst that Congress needs now to muster the same bipartisan spirit to fix the Paycheck Protection Program for American workers and small businesses alike.

Kevin L. Shivers, is president and CEO of the Pennsylvania Association of Community Bankers (PACB) and a former deputy press secretary for governors Tom Ridge and Mark Schweiker. 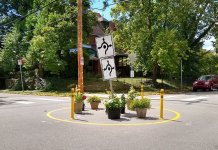 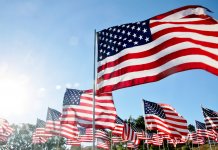 DePasquale: To save money and improve efficiency, PHEAA should bounce lawmakers...