With all the hubbub over impeachment, you might have missed it, but Congress last week managed to throw a lifeline to a critical public health program that serves some 27 million, mostly poor Americans.

It’s important to note, according to a statement by the National Association of Community Health Centers, that the stopgap package only keeps the lights on at these clinics until Nov. 21. But a House source told the Capital-Star Monday that the chamber’s leaders are hoping to negotiate a long solution in the interim.

Here’s the thicket of official verbiage in the stopgap:

And here’s why that matters:

As of last week, according to a Kaiser Family Foundation survey, the health centers were preparing for the worst.

“Nearly 60 percent of centers have frozen hiring or are considering doing so; 42 percent already have or might reduce staff hours; and 42 percent have laid off staff or are contemplating it. Many may delay planned renovations or expansions, reduce operating hours or shutter locations,” Stateline.org reported, noting that during the last funding debate two years ago, “the money didn’t come through until five months after the deadline, causing some health centers to lay off staff, curtail operating hours and suspend planned building projects and new programs.”

That breakdown was averted this time – but you can understand why the clinics were getting jumpy. 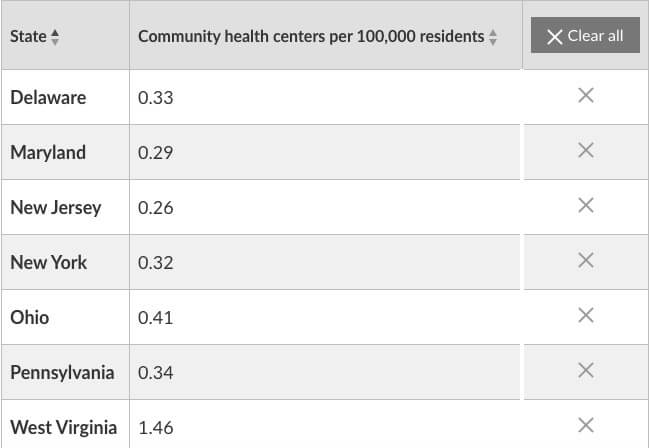 As Stateline reports, the health centers operate in nearly in every U.S. state, with nearly two-thirds of their revenue coming from Medicaid and federal grants. So, as usual, those who were at risk of getting squeezed were the patients who could least afford to go without services.

Once again, from Stateline, here’s a more detailed breakdown of who receives services: 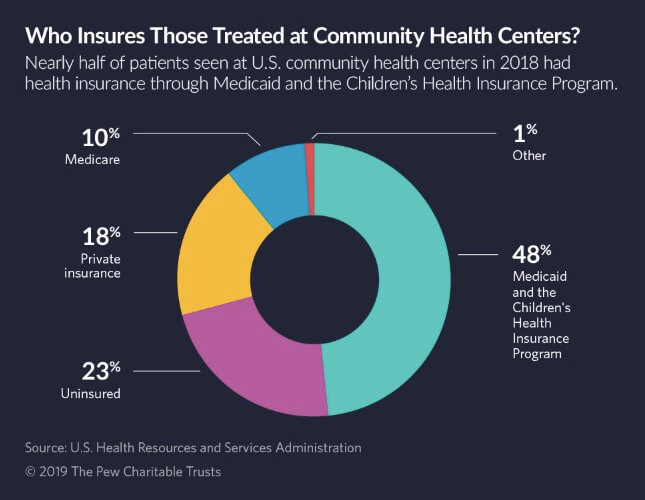 “No entity in the world can make any long-term, concrete, sustainable plans without stable funding. You couldn’t get a mortgage if you didn’t have a stable set of resources, and you can’t run a health clinic that way either,” Dr. Gary Wiltz, a Louisiana physician, who runs 14 community health centers, that treat 30,000 patients, told Stateline.

So, while the big story — impeachment —  understandably gets all the noise, it’s the little stuff like this that has the measurable, real world impact. It’s a reminder that it’s important to keep your eye on the ball.

Next Monday, Oct. 7, is the deadline to register to vote in this November’s general election. Stephen Caruso has everything you need to know.

Pennsylvania Attorney General Josh Shapiro joined with a coalition of other state attorneys general to sue the Trump administration over its rollback of the Endangered Species Act, Susan J. Demas, of our sister site, the Michigan Advance, reports.

On our Commentary Page this morning, opinion regular Mark O’Keefe has the tale of one state lawmaker’s battle to get records out of the Pennsylvania Liquor Control Board. And John A. Tures has your handy, clip-and-save guide to being an informed voter during the coming impeachment battle.

Elsewhere.
The Inquirer looks at conflicting actions by Pennsylvania’s taxpayer-funded pension plans: One blocked an investment in a firm tied up in private prisons, while the other dumped money into it (You can read our reporting by Stephen Caruso, who had the story first, here.).
In an op-Ed for Pittsburgh City Paper, Mayor Bill Peduto says the U.S. Supreme Court should reaffirm protections for LGBTQ Americans.
A bill now before the state Senate could hand local officials raises as high as 68 percent, PennLive reports.
An attorney in Easton has been accused of draining an estate, and using clients’ money to buy Super Bowl tickets, the Morning Call reports.

With the window to file claims closing, the Philadelphia Archdiocese will pay out $32M in settlements with abuse victims, WHYY-FM reports.
What’s the unknown illness that’s killing apple trees? WITF-FM looks into it.
With impeachment heating up, #MAGAWood is coming to Trump’s aid, Roll Call reports.
Talking Points Memo looks at AG Bill Barr’s central role in the impeachment inquiry.

What Goes On.
During an 11 a.m. ceremony, the Capitol Fountain gets turned pink in observance of Breast Cancer Awareness Month.

WolfWatch.
Gov. Tom Wolf road trips it to Boalsburg, Centre County, for an 11 a.m. appearance at the first summit of the state’s Opioids Command Center. At 1:30 p.m., he’ll tout his charter school reform plan during an appearance at an Altoona elementary school.

Heavy Rotation.
Seems like everyone else is going bonkers over the new Sturgill Simpson LP, so we’ll clamber aboard that bandwagon this morning. Here’s ‘Sing Along.’

Tuesday’s Gratuitous Hockey Link.
With opening day a scant 24 hours away, the staff at NHL.com has their picks for this season’s Stanley Cup winner. No, we’re not going to spoil it for you. But you might be able to guess.