A crisis such as we are experiencing with the COVID-19 virus can bring out the best in humanity – but it can also bring out the worst.

The sacrifices of health care workers and those delivering meals and critical supplies are tremendous.  Unfortunately, there are some on the opposite side of the moral spectrum who will use any opportunity to take advantage of vulnerable or nervous individuals. In our current situation, where the virus is more dangerous for the older population, many of the emerging scams and frauds are targeting the elderly.

In the pre-COVID-19 world, scam artists focused many of their schemes on older people. Whether it was a phone call from someone pretending to be a grandchild or a pushy salesman claiming an annuity was the answer to the financial concerns of a retired couple, these sleazy criminals found victims by targeting those most susceptible to their sales pitch.

There are different theories why older people fall for scams in higher numbers. Living alone may be a factor as may still having a landline phone. But the fear factor of COVID-19 ratchets fraud potential to a higher level. Social isolation has increased, and reports of high death rates among the elderly are frightening. The promise of a magic elixir to inoculate yourself against this disease is a temptation too strong for many to resist.

Health care scams are nothing new in the history of the United States, of course. In the 19th century, hucksters at county fairs pushed concoctions that were purported to cure almost anything (and were often infused with alcohol or additives such as cocaine). The 1918 influenza epidemic saw fake remedies advertised widely.

The intent of these evil hustlers was to make a quick buck.  Many of those now engaged in similar efforts have the same goal. But in today’s world, scams like these can often be more than simply grabbing the money and running.

Technology has brought more sophistication to the dark world of fraud and victims are often in more danger than losing $20 for a bottle of fake pills.

Identity theft is the goal of dedicated scam artists. Digging for personal treasure– Social Security numbers, bank account access, credit card information, and other forms of identification – can give fraudsters the ability to steal tens or even hundreds of thousands of dollars.

Using the fear of COVID-19 is a way for criminals to access the information they need to steal someone’s identity.  Click on a link in an e-mail supposedly sent by the World Health Organization about how to protect yourself from the virus.

Send your credit card number to the address on the screen to receive medications the “authorities” don’t want you to have. Press 1 on your telephone keypad to be connected to the physician who will give you the latest advice your local officials won’t tell you. It’s all designed to get personal information that can be sold or used.

Efforts to combat this fraud have been hit and miss.

The Bureau of Consumer Protection at the Pennsylvania Attorney General’s office investigates complaints and prosecutes cases but may not have jurisdiction to pursue those carrying out some fraudulent activities. Congress recently passed legislation that tries to prevent fake robocalls. But every time there is a crackdown on one type of scam, another emerges to take its place.

At this point individuals are forced to try to protect themselves. Most government agencies and many non-profit organizations ask consumers to report instances of fraud and then work to educate consumers about current scams.  But a comprehensive approach to combating fraud continues to be elusive.

It may be the temptation of making easy money is too hard for some to resist.  It may be the line between legitimate and illegitimate business activity is blurred.

It may be the old adage “a fool and his money are soon parted” is more accurate than we want to admit.  But our current health crisis has indeed brought some of our society’s darkest traits to the surface.

And we currently don’t have a good way to suppress them, either by force or persuasion. It makes COVID-19 even more frightening. As elected officials seek ways to address the health and economic impacts of this crisis, it’s also imperative they enact stronger enforcement measures against the bad actors seeking to profit from this situation.

Ray E. Landis is the former outreach director of the AARP of Pennsylvania. His column, which focuses on the issues that matter to older Pennsylvanians, appears biweekly. 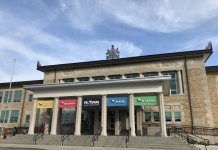 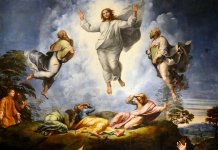