Good Wednesday Morning, Fellow Seekers.
With the Capitol all abuzz over election reform this week (and if you haven’t read Staff Reporter Stephen Caruso’s rundown on where things stand, you should), we’re going to throw one more log on the proverbial fire.

Nearly two-thirds of Republicans (63 percent), more than two-thirds of Democrats (66 percent) and nearly six in 10 independents (59 percent) back such a change, the poll of 700 registered voters found. Conducted from Sept. 30 to Oct. 7, the canvass had a margin of error of 3.7 percent.

The brokered bill that cleared the House State Government Committee on an 17-8 vote on Tuesday includes language overhauling mail-in balloting. Though it faces some Democratic dissent, the bill now goes to the full House for a vote.

As the Associated Press reports, the compromise bill “would let any voter mail in a ballot for any reason. Currently, mailing in ballots is restricted to “absentee” voters who meet a narrow set of reasons laid out in the Constitution, including people who can’t vote in person because of job-related travel, religious observance, illness or physical disability.”

Nearly half of all the poll’s respondents (42 percent) said they (40 percent) or someone in their family (2 percent) would take advantage of no-excuse balloting if they could do so. That tally includes nearly equal shares of Republicans (43 percent) and Democrats (44 percent), and a smaller share of independents (31 percent).

“We need to continue our work to make voting more convenient, more secure and equally accessible for all who are eligible,” Keystone Votes State Coordinator Ray Murphy said in a statement.

“This provision does that, but it is only one piece of a larger puzzle,” Murphy continued. “There is more we can and should do to update our election system. The bipartisan momentum makes us hopeful we can tackle other important measures before the 2020 election.”

Allowing no-excuse balloting in Pennsylvania would “give residents a more convenient way to participate in democracy, especially for those who work nontraditional hours or who have trouble making it to polling places because of work or family commitments. This option also ensures voting for individuals with disabilities, senior citizens and rural voters who can’t get to the polls,” Keystone Votes said in a statement accompanying the poll release.

Elizabeth Hardison leads our coverage this morning with the tale of one Pittsburgh charter school’s repeated attempts to get its case heard before the depleted Pennsylvania Charter Appeal Board. Every time, they’ve gone home empty-handed because the board doesn’t have enough bodies to hand down a ruling.

As a part of our #PennForward series, Hardison also explains how a debate over mandatory sentences for gun crimes could sink savings gleaned from a criminal justice reform bill.

Stephen Caruso has the story on a critical House committee vote on a bill that seeks to block the Wolf administration’s decision to shutter two centers that treat the intellectually disabled.

Democratic and Republican lawmakers in the House and Senate are advancing a plethora of bills intended to get more people to use solar energy to power and heat their homes.

On our Commentary Page, the Philadelphia Tribune’s John N. Mitchell has some thoughts about the NBA/China controversy. And a policy analyst from Food & Water Watch says Pa. can do better than the Cap & Trade deal the Wolf administration trotted out a week or so ago.

Elsewhere.
On the same day that Spotlight PA reported that lawmakers hid millions in campaign spending, the Legislature advanced a measure that would make it even harder to track campaign spending, the same news organization reports.
And a “mystery trip to Europe with ‘donors’ by Pa. state senators was followed by an expansion of state wine law,” Spotlight PA also reports (via the Post-Gazette).
Pedestrian and bicyclist deaths are up — even as traffic deaths decrease nationwide, PennLive reports.
A new coalition aims to confront racism in the Lehigh Valley, the Morning Call reports.

Philly City Council advanced legislation that would hold landlords responsible for bedbug remediation within 90 days of the start of a lease — after that, it’s on tenants, WHYY-FM reports.
The state House moved to exempt volunteer fire companies open records requests, WITF-FM reports.
Joe Biden is in Scranton today, while President Donald Trump visits Pittsburgh. PoliticsPA has the details on the former Veep’s visit.
Stateline explains how the addiction treatment drug Suboxone is playing a ‘leading role’ in opioid settlements.
Corporate America is ‘freaking out’ over Elizabeth Warren, Politico reports.
Roll Call explains how the Pentagon has been caught up in the politics of impeachment.

What Goes On.
The House and Senate are both in at 11 a.m.
10 a.m, Soldiers’ Grove: Electric vehicle demo
11 a.m., Main Rotunda: Rep. Tom Mehaffie on making Applied Behavior Analysis an independent profession. We have no idea what that is — or what such people do. But it sounds important.
12 p.m., Main Rotunda: Rally to end death by incarceration
2:30 p.m., Main Rotunda: Rep. Brian Sims, others, on banning the loathsome and false practice of conversion therapy.

You Say It’s Your Birthday Dept.
Best wishes go out this morning to Michael Connolly in the office of state Treasurer Joe Torsella, who celebrates today. Congratulations, and enjoy the day, sir.

Wednesday’s Gratuitous Hockey Link.
Boston got past the visiting Maple Leafs 4-2 on Tuesday night. Goals from the Bruins’ David Pastrnak and Brad Marchand contributed to the win. 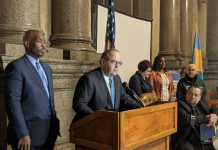 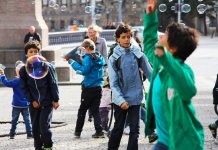