As I have watched the unfolding saga of NFL wide receiver Antonio Brown play out, the name that comes to mind, over and over again, is Bigger Thomas.

Thomas is the main character in Richard Wright’s 1940s novel “Native Son”. He is 20, lives in a rat-infested apartment with his family, headed by a single mother, on the Southside of Chicago. Thomas, who dropped out of school in eighth grade, is a petty criminal who only targets and hurts other Blacks, fully cognizant that to do the same to a white person would mean prison or worse.

Ironically, Thomas is ultimately sentenced to die in the electric chair after he accidentally chokes the daughter of his wealthy white boss while trying to keep her (she was drunk at the time) quiet while they frolic in her home.

In the novel, Thomas represents the physical manifestation of the psychological impact of racism on the Black and poor. He is trapped, with no hope of bettering his circumstances.

Brown, for now, is a wide receiver with the New England Patriots, the crown jewel of NFL franchises, only because he catches and runs with a football as well as or better than anyone on the planet. If his career ended today, the 31-year-old seven-time Pro Bowl receiver has already put up numbers good enough for induction into the Pro Football Hall of Fame.

Unfortunately, he is very much like Thomas in the mindless way he leads his life and the choices he apparently makes.

Brown’s choices have put him in the news a lot lately.

He formerly played for the Pittsburgh Steelers, and while there disrespected his African-American coach Mike Tomlin, one of just three current Black NFL coaches. But that didn’t prevent the Steelers from giving him a $68 million contract in February 2017, at the time the most lucrative contract given to a wide receiver.

Since then, Brown has gone full-blown Bigger. He was accused in a lawsuit of nearly killing a toddler in April 2018 after throwing furniture from his 14th floor apartment (he settled and will pay for the child’s college fund); called former Pittsburgh teammate Ryan Clark an “Uncle Tom” when Clark suggested Brown’s antics were undermining Tomlin; and allegedly called Oakland Raiders general manager Mike Mayock a “cracker” during an argument.

That last act of stupidity cost Brown millions as Mayock and the Raiders voided his $29.125 million in guaranteed money and then cut him outright. The $9 million he got in guarantees when the Patriots signed him right before the start of the season doesn’t sound bad, but it’s a far cry from the $30 million that he blew in Oakland.

Earlier this month, Brown was accused in a civil suit of sexually assaulting and raping his former trainer on three different occasions.

Unlike Thomas, Brown attended college. However, you would never know it if you read the completely unintelligible and totally barbaric text messages that Brown is alleged to have sent to accuser Britney Taylor.

I haven’t figured out why so often the phrase “role model” is attached to Black boys. Certainly, statistics show that 70 percent of African-American households are headed up by single mothers, but that doesn’t mean the fathers aren’t involved.

And any Black boys looking for role models shouldn’t look to Antonio Brown. Even if he is innocent of raping his former trainer, he’s a bad actor. Strip Brown of the God-given talents he seems to take for granted and then see what happens to him.

Former San Francisco 49ers quarterback Colin Kaepernick, who famously took a knee to bring attention to police overreach — and sacrificed his professional career in the process, is a role model. Philadelphia Eagles safety

Malcolm Jenkins, who uses money out of his own pocket to bail poor people who have committed low-level crimes out of jail, is a role model. Former Tampa Bay Buccaneers running back Warrick Dunn, who started a foundation to provide housing to single mothers after his single mother died from breast cancer, is a role model.

Capital-Star Opinion contributor John N. Mitchell is a reporter and columnist for the Philadelphia Tribune, where this column first appeared. Readers may email him at [email protected] and follow him on Twitter atat @freejnmitchel. 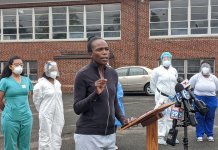 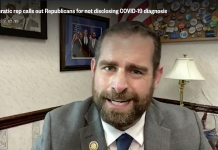 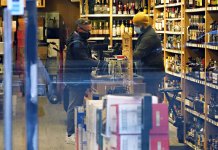