In a recent Capital-Star op-Ed, Kevin Sunday, of the Pennsylvania Chamber of Business and Industry, argued the case for “regulatory reform” across state government. But many of the policies he endorses are irresponsible ideas that would put the health of Pennsylvania citizens at risk and take away their ability to protect themselves.

For instance, Sunday suggests having the Pennsylvania Department of Environmental Protection contract with third-party licenced professionals to review permits, but this has been tried in the past and failed. He adds that it is “imperative that the department retain final say in the issuance of the permit,” but doesn’t recognize that without DEP engineers and other professionals reviewing and analyzing permit applications, the “final say” is meaningless.

Simply trusting that a third-party reviewer did a good job isn’t enough. DEP permits are often already prepared by third-party licenced professionals in contract with the company seeking the permit, and there is a long track-record of significant delays caused by incomplete or technically deficient applications.

Sunday’s proposal would expand this problem. The fact that professionals are licensed is no guarantee they will produce complete and accurate applications — history tells us as much.

Sunday next suggests we limit the practice of awarding attorney’s fees when permit decisions are successfully challenged. That leaves a question: what is a typical low-to middle-income citizen supposed to do if they are put at risk but don’t have the money to hire help?

Is Sunday suggesting that if you can’t write a check to hire lawyers, engineers, geologists and other experts, your health is less important?

In the same vein, Sunday suggests a rule mandating people who challenge a permit before the Environmental Hearing Board (EHB) only be able to raise issues that already came up during the official public comment period.

Is the EHB supposed to say: “We’re sorry your child’s health is at risk, but we can’t help you because you didn’t raise the issue within 30 days of the notice being published in the Pennsylvania Bulletin?”

Permits can be complex and problems often aren’t discovered without significant research and effort. The existing process at EHB recognizes this and makes it a priority to do what is right and not grant technically deficient permits based on procedural technicalities.

The Environmental Rights Amendment of Pennsylvania’s Constitution guarantees people “a right to clean air, pure water, and to the preservation of the natural, scenic, historic and esthetic values of the environment.”

That includes people who don’t read the Pennsylvania Bulletin every week. If  Sunday wants to speed up permit reviews and protect Pennsylvanians, he should be asking the Legislature to work with Gov. Tom Wolf to ensure DEP has the budget to hire the professionals they need to do their job.

Rob Altenburg is the director of the Energy Center at the environmental advocacy group PennFuture. He writes from Harrisburg. 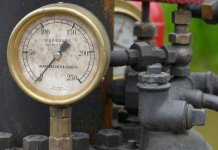 The pandemic proves it: We have to reimagine nursing home care from the ground up | Ray E. Landis