Well, you just knew this was going to happen: With Pennsylvania set to finish fiscal 2018-19 with something like $813 million extra in its official piggy bank, some under the great golden dome on Third Street are coming up with ways to spend it. Others want to save it for a Rainy Day (Fund).

And, suddenly, everything old is Ridge again.

For those who have been around long enough to remember such things (and, to our eternal horror, we realize we’re now one of those people), the debate over what to do with the state’s unexpected budgetary windfall brings back memories of the boom years under the administration of former Republican Gov. Tom Ridge, where the question wasn’t whether the state was going to sock away money in the Rainy Day Fund, but how much; and, as the old joke went, God woke up every morning and asked himself, “What can I do for Tom Ridge today?”

Ridge famously resisted nearly every effort to spend down budgetary surpluses, arguing that anything else was just insanity and the state’s finances had to be protected against a future downtown. But, hey, swap a couple of new ballparks for massive public employee pension hikes? They were totally down with that. Because, after all, what could possibly go wrong?

So perhaps it’s not surprising to see Democrats in the House and Senate step up over the last week or so and advance proposals to spend down the current surplus for any number of worthy causes.

Senate Democrats, for instance, want to spend $10 million on safety grants for such faith-based institutions as synagogues and mosques, so they can harden them against potential attack. They also want to use the money to spark community dialogues on preventing hate and extremism and fostering understanding.

In the House, Rep. Frank Burns, D-Cambria, floated a proposal on Monday to drive back some yet-to-be determined portion of the surplus into property tax relief for homeowners.

As a refresher, Wolf’s proposed $34.1 billion spending plan for the fiscal year that begins July 1 is an increase from current, approved spending of $32.7 billion. As our friends at the AP note, “the increase largely would go toward early childhood education, public schools and growing costs for health care, pensions and debt.”

And Wolf is trying to get Republican buy-in for all of that, in addition to a possible minimum wage hike, and his $4.5 billion “Restore PA” infrastructure plan (which, yes, we know, isn’t technically part of the budget).

We’re sure the whole scenario have the ring of the familiar to it among former Ridge staffers who survived the go-go days of the late 1990s and early ‘Aughts,and who are now giving back to society as fabulously successful lobbyists and consultants.

Two decades ago, they bore witness to Democratic assaults on fund balances that were, even by the standards of those more naive times, embarrassingly large, and swatted them away with ruthless efficiency.

Not that such an approach, as Scrooge McDuckian as it may seem, isn’t without its relative virtues, one veteran observer suggested.

“The bolstering of Rainy Day Funds is never the most exciting or favorite option for many,” Muhlenberg College pollster and political analyst Chris Boricksaid. “But history has shown that those funds to be critical for states as they try to make it through periods where revenues drop. ”

The ultimate irony here is that it’s Gov. Tom Wolf whom Republicans have spent much of the last five years as a tax-and-spend liberal, who’s playing the fiscal Dr. No, and (gasp) even seemingly siding with the GOP by agreeing that it might not be a bad idea to sock the whole $813 million (or whatever it ends up being) away.

Wolf said last week that he might be willing to talk about the Democrats’ safety proposal, because, well, everyone like safety. But, if that happens, it’s more likely “that’ll be part of the budget conversations as to whether that’s something that comes out of the new revenues, or we move things around in the existing budget.”

That doesn’t sound like much fun. But as Muhlenberg’s Borick observed: “While there are certainly immediate needs for those [surplus] funds, it makes sense to put  large share of it away for that inevitable rainy day.”

Our Stuff.Stephen Caruso explains how Democrats are plotting a ‘legislative end-run’ to force a vote on Gov. Tom Wolf’s infrastructure plan, even as their internal debate carries on.  And the House has also passed a distracted driving bill, Caruso further reports.

Today in ‘Daylin Leach will you please go now?:’ Sarah Anne Hughes looks at whether Senate Democrats might move to expel the Montgomery County lawmaker, who’s facing allegations of sexual assault and refusing calls to resign.A pair of Republican special election winners were sworn into the state Senate on Monday,

And June being Pride Month, Pride flags will fly outside LG John Fetterman’s office and Pride colors will illuminate the Capitol’s west front for the next few days, Hughes also reports.

On our Commentary Page, an Ohio State University scholar runs down our tangled, painful, 50-year-long argument over abortion rights.

And we’re, well, proud, to feature the work of Philadelphia Gay News Publisher and founder, Mark Segal, who wants to separate the facts from the myths surrounding the Stonewall Riots, which mark their 50th anniversary this month.

Elsewhere.
Elsewhere.
The Inquirer has its own take on the continued calls for Sen. Daylin Leach’sresignation.
The U.S. Army War College in Carlisle, Pa., has postponed an appearance by a controversial Muslim scholar, PennLive reports.
Critics are questioning police use of tactics, and a dog, during an arrest Penn Hills, The Post-Gazette reports.
You can expect a fresh debate over property tax reform once new bills go out in July, The Morning Call reports. 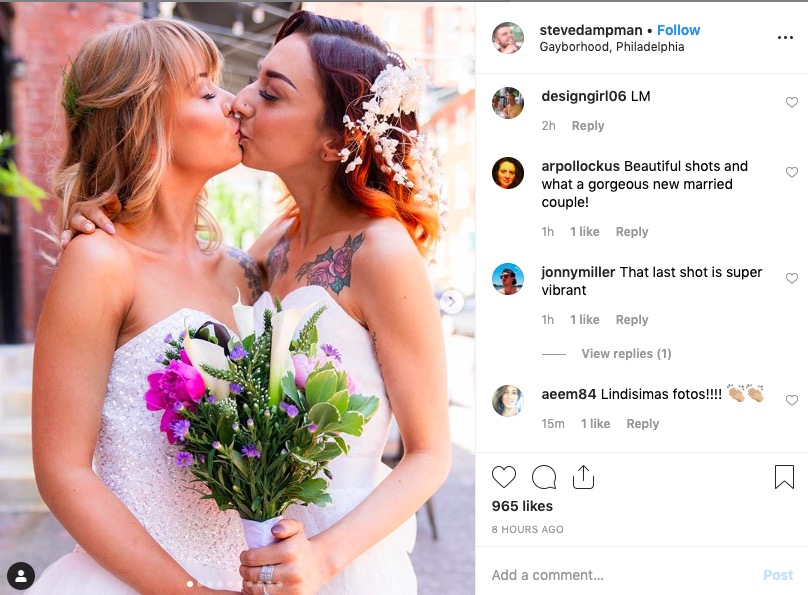 Legislation in New Jersey requiring more nonprofit groups to disclose their donors is on its way to Gov. Phil Murphy’s desk, after facing a veto override threat, WHYY-FM reports.
Pennsylvania National Guard forces are training with a prospective NATOmember: North Macedonia, WITF-FM reports. The participating soldiers are from units in Montgomery and Mifflin counties, WITF reports.
Phone scammers are targeting people on Pennsylvania’s Megan’s Law registry,LancasterOnline reports.
PoliticsPA’s readers, responding to a poll, say the 2019-20 state budget will be finished before June 30.
Surprising, well, no one, the top officials at the U.S. Treasury Dept. are white, male, and loaded, Politico reports.

Heavy Rotation.
Because, sometimes, only vintage Joy Division will do, that’s why.

Monday’s Gratuitous Baseball Link.
A reader recently complained that we never feature the Phillies in The Coffee. Our rooting loyalties are clear. But because we’re a full-service operation, and the reader always comes first, we’re going to pause this morning to note that the Phils lost to the D-Backs 13-8 on Monday.

Saving for a rainy day makes good fiscal sense | Stacy… by Capital-Star Guest Contributor June 5, 2022
Capital-Star Q+A: Nathan Reigner, Pa.’s first Director of… by Cassie Miller April 17, 2022
Flush with cash, Pa. could see its surplus go down the drain… by Special To The Capital-Star May 24, 2022