As Pennsylvania moves toward a phased reopening next week, and more of us start encountering each other in public, we’re going to turn it over to an expert this morning, who tells you what to watch for if you’ve been infected with the coronavirus, but haven’t started showing symptoms yet.

William Petri is a professor of medicine and microbiology at the University of Virginia who specializes in infectious diseases. He wrote the piece below for The Conversation, where it first appeared.

1. How common is it for people to contract and fight off viruses without knowing it?

In general, having an infection without any symptoms is common. Perhaps the most infamous example was Typhoid Mary, who spread typhoid fever to other people without having any symptoms herself in the early 1900s.

My colleagues and I have found that many infections are fought off by the body without the person even knowing it. For example, when we carefully followed children for infection by the parasite Cryptosporidia, one of the major causes of diarrhea, almost half of those with infections showed no symptoms at all.

In the case of the flu, estimates are that anywhere from 5% to 25% of infections occur with no symptoms.

For the most part, symptoms are actually a side effect of fighting off an infection. It takes a little time for the immune system to rally that defense, so some cases are more aptly considered presymptomatic rather than asymptomatic.

2. How can someone spread coronavirus if they aren’t coughing and sneezing?

Everyone is on guard against the droplets that spray out from a coronavirus patient’s cough or sneeze. They’re a big reason public health officials have suggested everyone should wear masks.

But the virus also spreads through normal exhalations that can carry tiny droplets containing the virus. A regular breath may spread the virus several feet or more.

Spread could also come from fomites – surfaces, such as a doorknob or a grocery cart handle, that are contaminated with the coronavirus by an infected person’s touch.

3. What’s known about how contagious an asymptomatic person might be?

No matter what, if you’ve been exposed to someone with COVID-19, you should self-quarantine for the entire 14-day incubation period. Even if you feel fine, you’re still at risk of spreading the coronavirus to others.

Most recently it has been shown that high levels of the virus are present in respiratory secretions during the “presymptomatic” period that can last days to more than a week prior to the fever and cough characteristic of COVID-19. This ability of the virus to be transmitted by people without symptoms is a major reason for the pandemic.

4. After an asymptomatic infection, would someone still have antibodies against SARS-CoV-2 in their blood?

Most people are developing antibodies after recovery from COVID-19, likely even those without symptoms. It is a reasonable assumption, from what scientists know about other coronaviruses, that those antibodies will offer some measure of protection from reinfection. But nothing is known for sure yet.

Recent serosurveys in New York City that check people’s blood for antibodies against SARS-CoV-2 indicate that as many as one in five residents may have been previously infected with COVID-19. Their immune systems had fought off the coronavirus, whether they’d known they were infected or not – and many apparently didn’t. 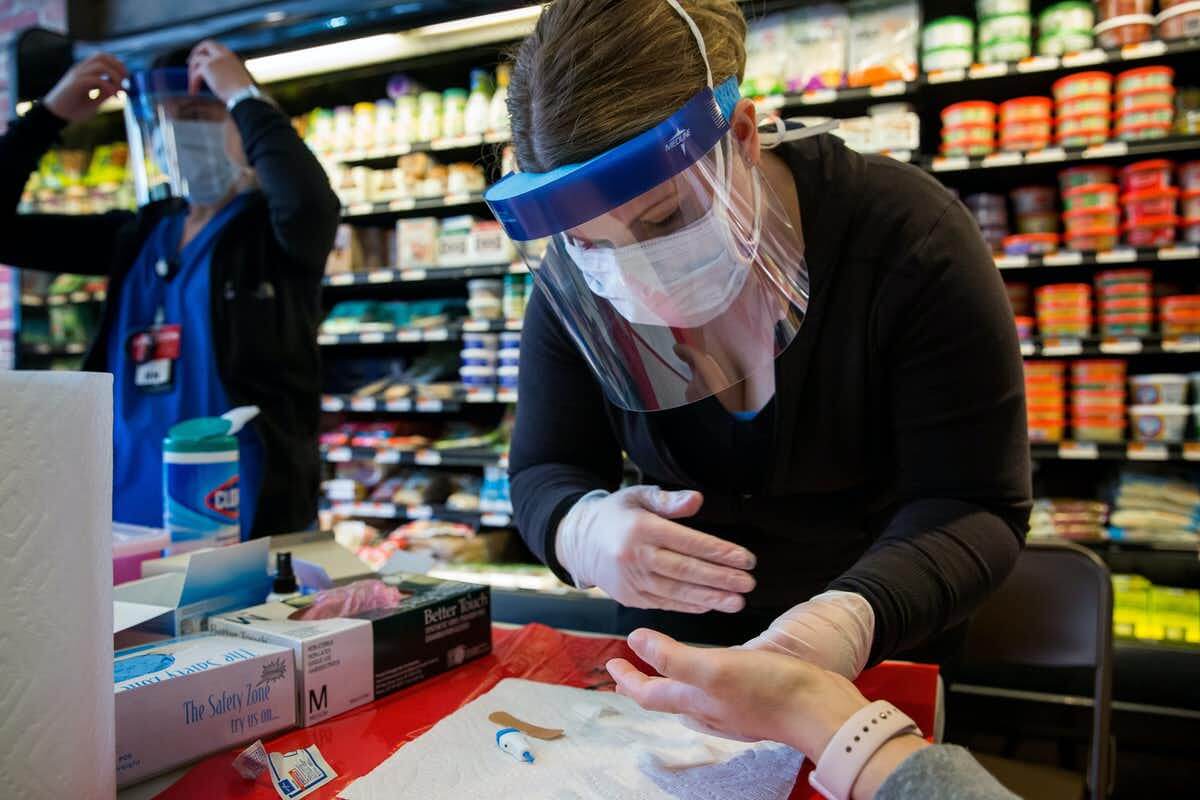 5. How widespread is asymptomatic COVID-19 infection?

No one knows for sure, and for the moment lots of the evidence is anecdotal.

For a small example, consider the nursing home in Washington where many residents became infected. Twenty-three tested positive. Ten of them were already sick. Ten more eventually developed symptoms. But three people who tested positive never came down with the illness.

When doctors tested 397 people staying at a homeless shelter in Boston, 36% came up positive for COVID-19 – and none of them had complained of any symptoms.

In the case of Japanese citizens evacuated from Wuhan, China and tested for COVID-19, fully 30% of those infected were aymptomatic.

An Italian pre-print study that has not yet been peer-reviewed found that 43% of people who tested positive for COVID-19 showed no symptoms. Of concern: The researchers found no difference in how potentially contagious those with and without symptoms were, based on how much of the virus the test found in indiduals’ samples.

The antibody serosurveys getting underway in different parts of the country add further evidence that a good number – possibly anywhere from around 10% to 40% – of those infected might not experience symptoms.

Asymptomatic SARS-CoV-2 infection appears to be common – and will continue to complicate efforts to get the pandemic under control.

Our Stuff.
County elections officials told a state Senate panel Thursday that they’re buckling under the pressure of prepping for a primary election that will be dominated by mail-in ballots. Elizabeth Hardison leads our coverage with her story.

A Republican-controlled state Senate committee has authorized subpoenas to force the Wolf administration to disclose how it ran a business waiver program. It comes as Democratic Auditor General Eugene DePasquale launches his own audit of the program, Stephen Caurso reports.

Bracing for the impact of climate change, local governments are looking to the state for help, Associate Editor Cassie Miller reports.

From our partners at the Pittsburgh Current: A look at what it’s like to fight addiction in a time of lockdown.

From me, this is my family’s COVID-19 story. May the memory of all those we’ve lost be a blessing.

On our Commentary Page: Retired U.S. Army Col. Charles D. Allen, of the U.S. Army War College in Carlisle, reflects on the lessons we’ve learned from the pandemic. And Democratic state Reps. Elizabeth Fiedler, of Philadelphia, and Kyle Mullins, of Lackawanna County, say frontline workers are deserving of hazard pay.

Elsewhere.
The Inquirer looks at the mixed messages that Pa. Republicans are sending on mail-in balloting.
Here’s what it’s like to be a police officer in the age of COVID-19 (via the Post-Gazette).
Construction resumes in Pennsylvania today. Here’s what it’s going to look like (via PennLive).
And golf courses also reopen in the state today — here’s what you need to know about that (via the Morning Call).

From WHYY-FM, some information about the state’s expanded testing recommendations.
The U.S. Supreme Court has given the Wolf administration until Monday to respond to a lawsuit charging that its business shutdown order violates Pennsylvanians’ constitutional rights, the PA Post reports.
Because of lockdown, a quarter of rural teens and young adults are not working or are not in school, and it’s inspiring feelings of disconnection, Stateline.org reports.
SEIU has launched a new digital campaign in battleground states (including Pa.) that attacks the White House’s COVID-19 response.
Roll Call looks at what will be on the U.S. Senate’s agenda when it returns to Washington next week — over concerns that it will put the health of lawmakers and staff at risk, Roll Call reports.

You Say It’s Your Birthday Dept.
Have a birthday wish you’d like observed in this space. Email [email protected].

Friday’s Gratuitous Baseball Link.
This is the most bizarre rule in all of professional baseball — a game that’s filled with eccentricities to begin with.