Standing in the Capitol rotunda on Wednesday morning, Johnson-Houston, said she was three for four: She was wearing the royal crown she won as the reigning Ms. Pennsylvania. And she’s a tax attorney in Philadelphia.

Sainthood, it would appear, will have to wait.

On a normal day, that would be a pretty impressive roster of accomplishment, but like too many Pennsylvania children, Johnson-Houston had to overcome childhood homelessness, which meant she missed class, and once risked being held back a year through no fault of her own.

It was through the intercessions of her grandmother, she said, that she found a home, and that school officials in her native Philadelphia didn’t hold her back. And she went on to chase her dreams.

“This is not about charity. This is about investing in our children,” Johnson-Houston said.

Rep. Donna Bullock talks about some of the challenges faced by students experiencing homelessness and how they overcome them. #papolitics pic.twitter.com/kO84tKRr5o

The non-binding resolutions, which were set to be unveiled in the two chambers Wednesday, urge state residents to “recognize that education is key to preventing future homelessness and provides stability and support to youth experiencing homelessness.”

Under federal law, school districts are required to help homeless students by taking such steps as providing transportation to and from school; meals and healthcare services. The law also requires districts to show leniency in the submission of such key documents as birth certificates and medical records, according to a statement jointly released by Bullock and state Sen. Larry Farnese, D-Philadelphia, who’s sponsoring the Senate version of the resolution.

Despite such steps, the lawmakers said that students who contend with homelessness while they pursue their education are more likely to miss class, perform poorly academically, and drop-out of school than their classmates.

“No third-grader is thinking about math problems when they didn’t have breakfast,” or are worrying about where they’re going to sleep that night, said Bullock, who added that she, too, experienced housing insecurity as a child.

The incidence of childhood homelessness has increased by 22 percent between 2017 and 2018, even as the state eliminated General Assistance, which provides $200 cash payments for the most vulnerable Pennsylvanians, Farnese said.

“I shudder to think what the increase is going to be next year,” he said.

Sonia Pitzi, who works with homeless students through the Lincoln Intermediate Unit in New Oxford, Adams County, related the story of one student who overcame homelessness to graduate with his high school class. It’s up to everyone, she said, to make sure that happens for more students.

“We need to do better,” she said. “We have to make that difference.”

Read the text of the Senate version of the resolution below:

Text of the Pa. Senate Resolution designating the week of Nov. 17-22 “Pennsylvania Education for Students… by jmicek on Scribd 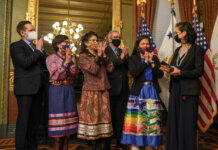 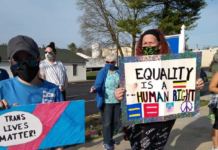 ‘This is not about charity. This is about investing in our children’: Pa. House, Senate resolutions aim to raise awareness of childhood homelessness