The institution’s anti-racism work includes reinvesting in Temple’s Department of Africology and African American Studies, prioritizing recruitment and retention of faculty and employees of color, investing in campus-wide anti-racism training and launching a bridge program for North Philadelphia youth.

“Following the death of George Floyd there was an expressed vision of Temple’s leadership as well as the will of its students, its faculty, staff and alumni for the institution to be a leader in anti-racism and to respond to anti-Black racism in this particular time,” she said.

Harrison said investing in the Africology and African American Studies Department is a critical aspect of Temple’s initiative. The university is providing funding to hire four additional full-time faculty members and provide support for scholarship, research and education. The department chaired by Molefi K. Asante has produced alumni such as Ibram X. Kendi and Eddie Glaude Jr., who are leading scholars on race.

The killing of Floyd sparked protests across the nation and spurred calls for racial justice.

“While many people have a general awareness of racism, particularly because of recent events — these events have also revealed that fewer people have an understanding of how racist policies and practices continue to operate in the lives of Black people or to have the skills to initiate and promote effective change,” Harrison said. “Our Department of Africology and African Americans studies, as well as our Institutional Department of Diversity have been overwhelmed by volume of requests for education. People want an understanding of racism and ways to engage in anti-racist work.”

The department will lead the Center for Anti-Racism Research, which will serve as a home for collaboration among scholars from across Temple and other universities.

Harrison said establishing an academic pipeline for youth from neighborhoods surrounding Temple is a key aspect of the anti-racism initiative.

“We all know that systemic racism has led to education disparities and inferior educational opportunities for most Black children because of the way that schools are funded and because of the history of discrimination,” she said. “We have developed a new Philadelphia public school academic pipeline and summer bridge program within our target North Philadelphia ZIP code, so that we are creating a pipeline to stand in the gap for underfunding of public schools.”

Temple’s initiative also calls for the prioritizing and retention of faculty and employees of color. This comes as African Americans account for 265 of Temple’s 3,943 faculty members, according to the university’s 2019-2020 Fact Book.

“Temple has a solid and a strong record of hiring African-American employees but research tells us that diversity among faculty is often frustrating because people tend to hire people that look like themselves,” Harrison said. “So without an intentional plan to do something different, meaningful diversity is rarely achieved.”

Harrison said Temple is providing mandatory bias training for its faculty search committees and guidance to ensure that the ranks become more diverse.

Temple will also evaluate its police practices to ensure that they are consistent with former President Barack Obama’s Task Force on 21st Century Policing report, which identifies recommendations for modern policing. 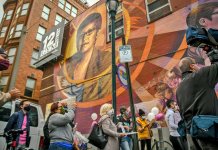