A week ago today, police in Philadelphia discovered the remains of Dominque Fells, who was one of two Black trans women murdered in the United States last week.

According to news accounts, Fells, 27, was mutilated, and her body was thrown into the Schuylkill River in southwest Philadelphia.

In the midst of marches for George Floyd, Breonna Taylor, Ahmaud Arbery, and now, Rayshard Brooks, whose names have dominated cable news headlines, Fells, and Riah Milton, who was shot several times during an attempted robbery in Ohio just 24 hours later, did not garner as many headlines.

But their murders fanned flames of rage on social media, with scores proclaiming — justifiably — that Black Trans Lives Matter.

“Another #PrideMonth another Black Trans Woman murdered in #Philly,” Black journalist Ernest Owens wrote in a post that was retweeted thousands of times. “RIP Dominique “Rem’mie” Fells This has to stop. Enough.”

Another #PrideMonth
another Black Trans Woman murdered in #Philly.

The deaths came in the midst of Pride Month, the fourth anniversary of the Pulse Nightclub shooting in Orlando, Fla., and the Trump White House’s needless — and malicious — decision to undo an Obama era rule protecting transgender individuals from discrimination in access to healthcare. And this in the middle of the worst public health crisis in a century.

“The transgender community has faced unspeakable violence for too long. Their stories have been silenced and overlooked,” caucus Chairman Stephen Kinsey, D-Philadelphia, said. “We will continue to say Dominique’s name, as well as the names of so many other transgender people who were killed for simply being themselves. When we say Black Lives Matter, we mean Black trans lives too.”

Rep. Donna Bullock, D-Philadelphia, called for justice in Fells’ death, adding that, “the brutalizing of Black people must stop. Black trans women are Black women. They are our sisters. And yet we see them killed and assaulted at an even higher rate than other groups of people. They deserve the dignity and security that every woman, every person deserves.”

The two lawmakers called for “dialogue with the community, advocates, law enforcement and others to address the crisis and to identify solutions and resources.”

And that’s badly needed. But when the House and Senate return to town, they can go one better and do something that will genuinely protect LGBTQ+ Pennsylvanians: They can pass long-stalled legislation that bans housing, employment and public accommodation discrimination based on sexual orientation and gender identity.

And for those who say it can’t be done, that there aren’t the votes for it, we’d refer you to last month’s vote on an amendment sponsored by Rep. Malcolm Keynatta, D-Philadelphia, that would have banned LGBTQ discrimination at sportsman’s clubs.

As the PA Post reported at the time, the bill failed by a 2-vote margin, and saw seven Republicans cross over to vote with Democrats. House Majority Leader Bryan Cutler, R-Lancaster, urged the measure’s defeat, saying lawmakers should wait for the U.S. Supreme Court, which is considering a pair of relevant cases, to act before proceeding, the PA Post reported.

Which, of course, is nonsense. We’ve never known the Legislature to stay up at night wondering how the august justices of the highest court in the land might receive their actions.

Right now there’s a dead Pennsylvanian. A dead, Black transgender Pennsylvanian. And the fastest, best way for lawmakers to signal that Dominique Fells did not die in vain, to show that her life matters as much as everyone else in the Commonwealth, is to pass legislation protecting everyone who looks like her.

“This is one of those issues where you’re either going to be on the right side, or the wrong side, of history,” Kenyatta, the first openly gay person of color to serve in the General Assembly, told the PaPost last month. “We ought to be doing this in a holistic way — in accommodations and in employment — so that both are protected, point blank, period. But if we’re not going to do it that way, we have to try another approach. And this other approach is to offer this amendment every single time that a bill comes up, where there’s an opportunity for us to get the protections that are so desperately needed by so many Pennsylvanians.”

So that fight continues. And while it does, the rest of us can do one simple, but hugely meaningful, thing: Keep saying Dominique Fells’ name, over and over and over and over again — until the people who took an oath to protect her live up to that responsibility.

Our Stuff.
In this week’s edition of The Numbers Racket, Cassie Miller continues her analysis of how Pennsylvania is spending its share of federal CARES Act money.

This week, health and social services spending goes under the microscope.In a patented Capital-Star explainer, Elizabeth Hardison has what you need to know about how police accountability does — and doesn’t work — in Pennsylvania.

From our partners at the Philadelphia Tribune, here’s another explainer of this week’s Juneteenth holiday, and why so much of corporate America has come to embrace it.

On our Commentary Page this morning, opinion regular Dick Polman has some thoughts on the Defund the Police movement, and why it’s ripe for GOP distortion. And AICUP President Tom Foley offers a prayer for a world that no longer needs rubber bullets.

Elsewhere.
Philly DA Larry Krasner and Chief Public Defender Keir Bradford-Grey have warned of a “tsunami” of cases hitting the city’s legal system, the Legal Intelligencer reports (sign-up required).
The Tribune-Review profiles a Homewood mural artist who turned to his past to create a ‘Liberation Wall.’
An emergency relief fund in Carlisle, Pa., has distributed more than $67K in assistance, the Sentinel reports.
Pa. educators and school employees may not have received unemployment benefits since the lockdown began, WLVR-FM in the Lehigh Valley reports.

A charity T-shirt campaign has raised more than $87K for local businesses in Wilkes-Barre, the Citizens-Voice reports.
PoliticsPA has last week’s winners and losers in Pennsylvania politics.
Cities and counties across the nation have declared racism a public health crisis, Stateline.org reports.
Local GOP leaders tell Politico they believe President Donald Trump will cruise to re-election this fall. That includes Pa. GOP Chairman Lawrence Tabas, who predicts Trump will carry the Keystone State by 100,000 votes, or more than twice his 2016 Pennsylvania margin.

Monday’s Gratuitous Baseball Link.
Writing in the Washington Post, Thomas Boswell says MLB owners’ cries of poverty are ridiculous. They can do what’s right to bring the game back . 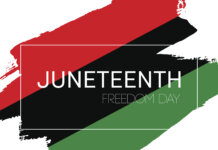 An unchecked box could result in unintentional donations for two U.S. Senate candidates

Say her name: Dominque Fells. And what Pa. lawmakers can do next | Monday Morning Coffee