PHILADELPHIA — When considering how to help mitigate the violence, discrimination and stigma that trans people face on a regular basis, education is paramount, along with ensuring trans voices are heard. One of the issues less commonly discussed — within both cisgender and trans communities — is intimate partner violence (IPV).

A 2015 report by the Williams Institute found that roughly 31 to 50 percent of trans people experience IPV at some point in their life, compared to 20 percent of cisgender people.

Philadelphia trans communities are no exception. Kendall Stephens, Elizabeth Coffey Williams and Deja Lynn Alvarez, three trans women and activists in the Philadelphia LGBTQ+ community, have seen especially high rates of intimate partner violence within the local trans community in the last few years. They all speak as survivors of IPV.

“It’s important to unearth this secret that’s been buried in the trans community for far too long, because we can’t heal if we’re unable to acknowledge it and reveal it to others,” Stephens said. “Many of us are not speaking out about the domestic abuse that has been happening to us, and we are drowning in our pain because of it. As long as we continue to turn a blind eye, domestic violence will remain a normalized phenomenon.”

Stephens told PGN that not only are trans people more frequently victims of IPV, but IPV occurs more commonly in romantic relationships between trans people. She explained that because dating is more difficult for trans folks due to the stigma surrounding trans ways of being, she has noticed more trans people dating other trans people. However, she said those relationships are not without their own set of complications.

“I think we have to deal with more issues and navigate more complexities within trans relationships because of those traumas and triggers.”

These pro-transgender rights candidates are running for office in red districts. Can they win?

In addition, Stephens said she has noticed new mental stressors crop up for some people due in part to pandemic-fueled stay-at-home orders.

“People are becoming depressed who have never experienced depression before, not being able to get out of bed and day-drinking that would lead to arguments and violence,” Stephens said. “I witnessed rampant drug use from people who weren’t drug users.”

“Because of the life we led as children which was fraught with insecurity and fear of abandonment by our families and friends, even when someone is physically abusive to us, they remind us, ‘do you really want to leave? Because you do realize that no one else is ever going to want someone like you,’” Coffey Williams said. “When someone who purports to love you continues to remind you that no matter how they may behave, that you are lucky that they are willing to be with you, sadly, sooner or later, you begin to believe them. It’s positively insidious.”

Additionally, there is a misconception that trans women are the only ones on the receiving end of domestic abuse. Trans men, like cisgender men, are sometimes victims of abuse.

“All of the messages [men] have gotten for years are, ‘that’s wrong, that’s nasty, you should never deal with someone like that,’” Alvarez said. “When a man finds himself attracted to a trans woman, he’s dealing with all of this mental and emotional baggage that comes with it.”

Trans victims of IPV are often reluctant to report it or even talk about it for a variety of reasons. The community status of the abuser or someone with a stronger voice than the abused can deter a victim from coming forward, Alvarez said.

“It gets very frustrating because a lot of times these folks are the very same folks that you see on the front line screaming at everyone else that [they] must be held accountable for their actions,” she added.

Fear of police abuse or transphobia from general service providers are other factors that can prevent victims of IPV from seeking help.

“I want folks to know that there’s resources out there where you don’t necessarily have to deal directly with police officers,” Alvarez said. “There’s more than one way to deal with this.”

Women in Transition (WIT) is one local organization that helps people who have previously or currently experience domestic abuse and/or substance abuse. WIT, along with partner organizations Women Against Abuse, Congreso de Latinos Unidos and Lutheran Settlement House, welcome anyone seeking services regardless of gender and sexual orientation.

“We’re not going to judge you for being trans, for being a survivor, if you leave, if you stay — we’re not going to tell you what to do,” said Corinne Lagermasini, executive director of WIT. “I think so many people are hesitant to call because none of us wants to be told we should leave our abuser or our relationship. It’s paramount to us that people know that they can reach out to us and we’re going to meet them where they are.”

One of the ways that the WIT team helps potential victims is to identify healthy versus unhealthy aspects of their relationships.

“Abuse is a hard word to tag onto your relationship when it’s somebody that you still love,” said WIT Program Director Irene L. Brantley. “What’s confusing about this is a relationship may not be abusive all the time. There may be times when it appears healthy. We don’t say ‘you are in an abusive relationship,’ we provide the tools so that folks can connect the dots about their own relationship.”

Although the WIT team does not work with people who are abusive, they provide referrals for such people to get help from their partner, Menergy, an organization “who works with people who hurt people,” Brantley said.

Community members can support survivors of intimate partner violence by getting involved with organizations such as WIT. 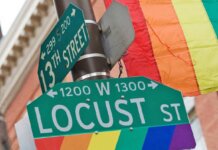