PHILADELPHIA — I’m not sure what the Philadelphia Police Department is paying the Police Executive Research Forum to assist in its search for a new police chief. But I have found someone they should give serious consideration in searching the United States for someone qualified to lead the 6,575 men and women of this city’s beleaguered police force.

And she’s right here under our noses.

In light of the social media scandals and lawsuits that portray the Philly PD as a big-city police department plagued with sexism, racism, Islamophobia and myriad other phobias and “isms” that make equitable policing damn near impossible in the city of 1.58 million residents, the cry has gone out from many activists that the next chief of police, who the mayor has said he will name before the end of the year, should be a Black woman.

That person — that Black woman — should be Jacqueline Bailey-Davis.

Her doctoral dissertation? “An Analysis of Complaints against Police in Philadelphia: A case for Social Equity and Collaborative Governance in Police Reform.”

She examined 1,066 complaints against police over five years, and found that African Americans filed more complaints (63%) than whites and other races combined (37%), and Blacks were less likely to have their complaints sustained.

Bailey-Davis, 49, also has squeezed a considerable amount of excellence into the 22 years she’s been with the police department.

She has made all the requisite police moves: beat cop to captain to internal affairs lieutenant to commanding officer of the 26th District. She has accomplished everything anyone could ask of a potential police chief.

She was handpicked by former Police Commissioner Charles Ramsey to implement Collaborative Reform in 2013 and serve as the liaison between the department and the U.S. Department of Justice as the feds, invited in by Ramsey, investigated police abuses.

“Yes, yes,” Ramsey said when asked if she should be hired for his old job. “She has the tools. She has the skills, she is no-nonsense and has a clear sense of direction.” he said.

“If she is in charge, you don’t have to worry — ever — about things being done the right way. She understands that our job is to starve criminal justice and lawlessness on the front end. Can she do the job? Absolutely,” said Ramsey, who held the position from 2008 to 2016.

Unlike Acting Police Commissioner Christine Coulter, Bailey-Davis is not named in a federal lawsuit or did she don a T-shirt mocking the 1991 beating of Rodney King by the Los Angeles Police Department, both disqualifiers of Coulter in my opinion.

What has sold me more than anything on Bailey-Davis is what she has done with her money to make things better for those who follow in her prodigious footsteps.

In 2017, Bailey-Davis donated $25,000 to the Darwin T. Turner Scholars Program at the University of Cincinnati. Turner, an African American, graduated from the university in 1947 at the age of 16 and remains the school’s youngest graduate. The program gives thousands of dollars annually in scholarships to minority students.

Her philanthropy demonstrates her understanding that broken children are easier to repair than broken adults. She gets that deterrence and prevention on the front end fix the back end before it becomes problematic. She understands that if you build hope and sow the proper seeds of opportunity you will simply have fewer irreparably damaged people in the criminal justice system.

“For me,” Bailey-Davis said, “there was always a mentor who was that beckon of light. That’s what I and others have to be for these students.”

Mayor Jim Kenney, I think I’ve solved your problem. Or, at the very least, given you a reason to do away with your paid search party and save the city some cash.

John N. Mitchell is a reporter and columnist for the Philadelphia Tribune, where this column first appeared. His work appears regularly on the Capital-Star’s Commentary Page. 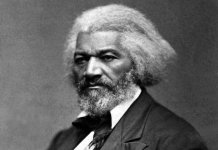 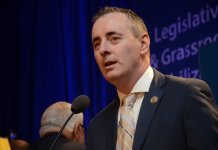 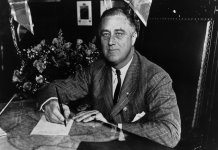