PHILADELPHIA — In a growing trend, New York City recently became the largest U.S. city to recognize LGBTQ+-owned businesses as minority-owned, qualifying business owners for government contracts and a slew of other resources.

Although Pennsylvania is one of a handful of states to have instituted this inclusive policy, Philadelphia has yet to follow suit, with the exception of the ports. However, considering Philly’s addition of a new commerce director who values minority-owned businesses, advocates are hoping the addition of LGBTQ entrepreneurs to the minority pool happens soon.

Last year, Mayor Jim Kenney named Michael A. Rashid as Philadelphia’s new director of commerce. “I am excited to get to work on implementing fair, equitable and inclusive business development efforts that will help spread economic vitality and opportunity to all of Philadelphia’s neighborhoods,” Rashid told The Philadelphia Tribune. He also told the Tribune that enhancing minority-owned businesses is one of his priorities.

“In a city like Philadelphia that’s majority minority, how can one not [prioritize them],” said Zach Wilcha, executive director of the Independence Business Alliance (IBA), Greater Philadelphia’s LGBTQ Chamber of Commerce. “Minority businesses make up the backbone of the economics of this city and any commerce director who is going to work in the city of Philadelphia definitely knows that.”

Wilcha said that he and his colleagues met with Rashid earlier this week along with the African American, Hispanic American and Asian American chambers to discuss Rashid’s broad goals for the city and how the minority chambers can provide guidance.

“One of the things that I’m most proud of about IBA throughout this COVID period is the strengthening of our relationship with the minority chambers,” Wilcha added. “We have a diverse coalition that has been putting out letters to the city and the state about what’s necessary for the small businesses in the area. We know that all of our minority businesses have been adversely affected disproportionately to other businesses during this COVID period. Speaking as one voice and getting to meet this commerce director to find ways that we’re going to be able to work together is really exciting to us.”

In Philly, organizations partner to assist minority-owned businesses in applying for federal funding

“I think one of the most compelling arguments particularly to Mayor Kenny and the new commerce director is, when you have more diverse businesses competing for contracts, that creates the kinds of innovations that drive bid prices down,” he said. “What does that mean? More money left over at the end of the year in the public [arena] for everyone – for our schools, our police, our firefighters, our roads and bridges and most importantly, our economic development programs that lift every single person in Philadelphia up.”

The push to recognize LGBTQ businesses as minority-owned businesses began about five years ago when California’s public utilities sector added LGBTQ businesses to public procurement for the first time. But according to Lovitz, it wasn’t as simple as an executive order.

“The tricky part is, in the absence of something like full federal, 50-state protections for queer people, simply confessing that you’ve been discriminated against could ultimately lead to retaliation that hurts every future contracting opportunity,” Lovitz said. “So they worked with the NGLCC, our local affiliates in California, and we created this pilot program that added LGBT spend to public sector contracts in the utility segment, which is big construction and development projects, but also everything down to office [equipment].”

In the first year of the program, the number of California suppliers that became certified increased by 280 percent.

“Because of programs like this, our business-owner of the year last year is a trans woman-owned construction company that recently signed a $20 million build project,” Lovitz said. “I couldn’t have said that sentence five years ago.”

Wilcha and Lovitz debunked the misconception — which many opponents of the policy believe —  that adding LGBTQ-owned businesses would dilute the resource pool for existing minority-owned businesses.

“It’s been proven time and time again across the country, thanks to the NGLCC and Jonathan’s work, that these minority certifications that are available are complementary to one another,” Wilcha said. “You’re also filling in the gaps for those folks that aren’t being protected right now. White trans men are not protected at all when it comes to economic contracts in any of these places that haven’t passed LGBT certification as one of the qualified characteristics for applying.”

Since California included LGBTQ-owned businesses as minority-owned, the policy gained momentum in other states, Lovitz said. Massachusetts Governor Charlie Baker was the first to greenlight it state-wide. New York state, New Jersey, Delaware, Connecticut and Colorado governments are in discussions about rolling it out.

“What we always talk about is a seat at the table for the community,” Lovitz said. “A lot of these programs say, ‘it’s always been open to everyone who’s socioeconomically disadvantaged.’ That might be true on paper, but if you want people to come to the table, you have to put their name on the placecards.”

LGBTQ business owners can get certified exclusively through the NGLCC certification process. IBA has resources to help navigate that process. 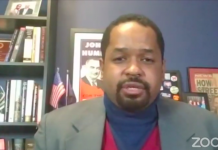 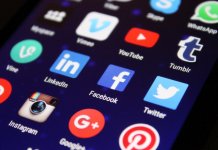 How a Pa. case may impact what public school students all over the country can – and can’t – say on social media |...