In the spirit of the annual Martin Luther King Jr. Day of Service, we put ourselves to work to crunch some MLK Day numbers.

The holiday that falls on the third Monday in January was first celebrated on Jan. 20, 1986 after King’s widow, Coretta Scott King, and musician Stevie Wonder petitioned more than 6 million people to get then-President Ronald Reagan to sign off (signed in 1983) on making MLK day a federal holiday.

900 … the number of streets nationally named for Dr. King

5 … the number of streets in Pennsylvania named for Dr. King

33 … the number of years since the first MLK day

Aug. 23, 1994 – the day of service tagline is added to the holiday by former President Bill Clinton.

The City of Brotherly Love has historically laid out some impressive numbers on MLK day with the number of volunteers charting  in the six-figure range.

This year, the organization celebrates its 25th annual day of service with some incredible statistics.

$8 million … the total dollar value of the work completed at last year’s event. 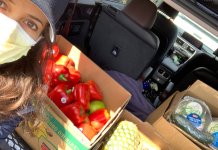 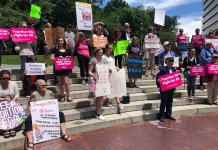