Twenty-one years after the U.S. Supreme Court said it was unconstitutional to segregate people with disabilities from their communities, the Pennsylvania Department of Human Services was in federal court in Harrisburg defending itself against allegations that it did just that.

The case, brought by Miranda Doxzon, who is represented by Disability Rights PA, a nonprofit that provides free legal services to people with disabilities, played out during the COVID-19 pandemic.

Doxzon alleges that the state agency violated the high court’s 1999 decision in Olmstead v. L.C., which ruled that segregating people with disabilities defies title II of the Americans with Disabilities Act,  after it placed Doxzon in a nursing facility, despite her desire to remain in the community.

On July 14, a U.S. District Court judge in Harrisburg issued a preliminary injunction, requiring the department to provide round-the-clock services and community placement under its Community HealthChoices (CHC) waiver program, which provides long-term, community-based support and services to individuals over the age of 21 who have been determined to need nursing-home level care, but who wish to remain in the community.

In Doxzon v. Department of Human Services of the Commonwealth of Pennsylvania, Doxzon is a 21-year-old woman with cerebral palsy, depression and epilepsy, who as a child and dependent, received community-based support services.

The lawsuit alleges that Doxzon is no longer being provided the services that she is entitled to under Medicaid and the CHC waiver program, adding that DHS, department Secretary Teresa Miller, and Deputy Secretary Kevin Hancock “failed to plan for her transition from the child welfare system to independent living.”

Due to this alleged failure, Doxzon claims that she “is at serious risk of re-institutionalization.”

Doxzon, who requires a motorized wheelchair for mobility, a hoyer lift for being transferred in-and-out of her chair, and needs assistance with daily activities such as cooking, cleaning and personal hygiene, lived in an apartment with support services from an outside company for more than a year-and-a-half.

Then, on Dec. 18, 2019, Doxzon was taken to Inglis House, a skilled-nursing home in Philadelphia, after funding for her community-based support services ran out.

Doxzon testified that she did not want to live at Inglis House, telling everyone she could that she wanted to return to living in the community.

Doxzon claims she was denied the option of returning to community living, and soon after, became suicidal, leading to several hospitalizations.

Taking matters into her own hands, Doxzon refused to return to Inglis House, opting instead to live in a friend’s basement, despite the fact that the home would need modifications to accommodate her.

In June 2020, after another hospitalization, Doxzon’s friend told her she could not return to her home.

After allegedly being removed from and denied the opportunity to return to community-based living, Doxzon decided to pursue legal action.

“Miss Doxzon’s case is not unique,” Shanon Levin, managing attorney for Disability Rights PA, told the Capital-Star. “People with disabilities often find themselves in situations where they have to fight for the services that they need to live successfully in the community.”

On July 1, the federal court issued a temporary restraining order directing DHS to temporarily move Doxzon to a community-based location temporarily by 5 p.m. the next day. She was temporarily placed in a hotel by Adult Protective Services, a division of DHS, in an effort to comply with the order.

“1. As soon as practicable, but not later than July 22, 2020, the defendants shall ensure that Keystone First conducts a new, comprehensive assessment of Ms. Doxzon and establishes a new, comprehensive Person-Center Service Plan for her that includes all the services and supports under the CHC waiver which she wants and to which she is entitled. Ms. Doxzon’s counsel shall be present at that assessment. Counsel for the defendants and for Keystone First may also be present for that assessment, if they want.

In her official court opinion,  Schwab said that, based on the evidence and testimony, “Doxzon has a reasonable likelihood of success on the merits as to at least some of her claims.”

The department would not comment on the pending case.

“DHS’s Community HealthChoices waiver system is “supposed to provide people with choice, control and access to a full-array of services for the purpose of promoting independence,” Levin said, adding that the court’s preliminary injunction ensures that Doxzon “will not be forced in homelessness or into an institution.”

Cases such as this one, Levin said, demonstrate the importance of the Olmstead decision and the ADA more than two decades later.

“Not only are we at the anniversary of Olmstead, which was decided in 1999, we’re also at the 30th anniversary of the Americans with Disabilities Act and we have people like Miss Doxzon, who were 21 years old and were living in the community as juveniles, but then, as an adult, was forced into a nursing home, or her other option would have been homelessness. The ADA and Olmstead exist to ensure that people with disabilities who want to live in the community can do so successfully.” 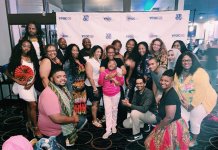 On anniversary of landmark case, DHS faces allegations it violated law protecting those with disabilities

DePasquale: To save money and improve efficiency, PHEAA should bounce lawmakers...