A small group braved the cold Thursday evening to pay tribute to the victims of the Sandy Hook school shooting on its seventh anniversary on the Capitol steps.

The group, Moms Demand Action, read the names of the 26 victims aloud in remembrance.

According to the Los Angeles Times, there have been more than 180 school shootings since Sandy Hook.

Reflecting on the reoccurring nature of school shootings, Danielson said, “Sandy Hook was supposed to be the turning point.” 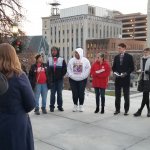 One mom shares her story with group. (Capital-star photo by Cassie Miller.) 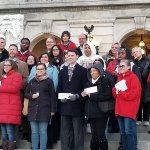 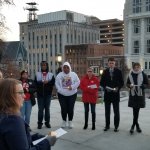 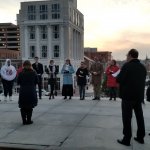