PHILADELPHIA — Mayor Jim Kenney has called for the Philadelphia Chapter of the NAACP to oust President Rodney Muhammad over an anti-Semitic meme he shared on Facebook.

“In my opinion, it’s time for the board to move forward by installing new leadership to an organization that has long championed religious and racial tolerance for all Philadelphians,” Kenney said in an email on Friday.

Calling the messages Muhammad shared “offensive and hateful,” Kenney said he was “deeply disappointed” by Muhammad’s continued failure to apologize, making him doubt Muhammad’s ability to remain in the position atop the civil rights group.

“I am confident that the Board of Directors will act appropriately, in light of the posts themselves and Minister Muhammad’s refusal to date to acknowledge the pain and division that those messages have caused,” Kenney said.

Muhammad is a longtime Democratic consultant for the Kenney campaign.

Kenney has joined several state and local officials, including Gov. Tom Wolf, and numerous groups calling for Muhammad to be removed from atop the local NAACP chapter.

As the controversy continues to simmer, NAACP national leadership has taken a more active role.

“There are open lines of communication with the national staff and [Philadelphia] executive committee, and conversations are ongoing,” a national NAACP spokesperson said on Friday.

Muhammad did not immediately respond to a request for comment.

Muhammad, minister at North Philadelphia’s Mosque No. 12, reportedly has a history of sharing anti-Semitic and questionable posts on his own and the mosque’s social media accounts.

The meme Muhammad shared on July 24 showed photos of Eagles wide receiver DeSean Jackson, rapper Ice Cube and TV host Nick Cannon, all of whom have made anti-Semitic statements recently and faced criticism.

Below those photos appeared a caricature of a Jewish man with a large nose and black beard who was wearing a yarmulke. The Jewish man’s image was imposed on the sleeve of an unseen person whose hand, which has a large jeweled ring on it, is pressing down on a pile of bodies.

A quote on the meme, which was misattributed to French philosopher and writer Voltaire, actually was said by a white nationalist and Holocaust denier. BILLY PENN and WHYY broke the story last month.

In past statements, Muhammad has maintained he was not aware that the meme he shared was anti-Semitic and removed the post when he learned it “bared significant offense to the Jewish community.”

While Muhammad has said he regretted the “insult, pain and offense it caused to all particularly those of the Jewish community by this unfortunate episode,” he did not explicitly apologize.

Until the past week, national leadership was silent on the issue, which had roiled state and local members.

Yet some leaders in the Black community still support Muhammad, including some members of the Philadelphia chapter.

Muhammad, whose given last name is Carpenter, is up for election in November along with all branch officers. The positions carry two-year terms. Muhammad has served as president of the Philadelphia branch since 2014.

States struggle to draft COVID-19 vaccine plans while in the dark on details, funding 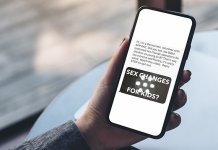 States struggle to draft COVID-19 vaccine plans while in the dark...

Tree of Life, two years later: We can never forget. We...