PHILADELPHIA — A jury has found Michael White, the Black bicycle courier and poet who fatally stabbed a white real estate developer in Rittenhouse Square last year, not guilty of voluntary manslaughter or possession of an instrument of crime.

But the jury found White guilty of evidence tampering.

The verdict came after three days of testimony about the stabbing of 37-year-old Sean Schellenger and a day of deliberations.

Upon hearing the verdict, Linda Schellenger, Schellenger’s mother, walked to the front of the courtroom and said to the judge, “I would like to have District Attorney Larry Krasner arrested for obstruction of justice.”

She then exited the courtroom.

Schellenger has been critical of Krasner throughout the case. The district attorney originally charged White with first-degree murder, which caused an outcry from the Black community. He later down-graded the charge to third-degree murder. And on the Friday before the trial was scheduled to begin, Krasner filed a motion to dismiss the murder charge and replace it with the voluntary manslaughter charge; he argued the prosecution was more likely to win a conviction on that charge.

The confrontation between White and Schellenger happened late in the evening of July 12, 2018.

Schellenger and his friends, William Norris Jordan and Uri Jacobson, were traveling near the intersection of 17th and Chancellor streets in a black Mercedes when they were forced to stop because a gold Ford Taurus carrying two Black deliverymen stopped.

Jordan, the driver of the Mercedes, honked his horn and yelled at the deliverymen, “move, you stupid n—–,” White testified on Tuesday.

“That made me uncomfortable,” White said.

Schellenger then got out of the Mercedes and approached the driver’s side of the Taurus, White said.

White said he told Schellenger, “This is really no reason to act like a tough guy.”

“I said that in hopes that he would stop because he looked like he was really ready to hurt someone,” White testified.

Schellenger, who had alcohol and cocaine in his system, then turned on White. Jordan, Jacobson and other witnesses testified that they could not hear the words Schellenger and White exchanged, but White said Schellenger threatened to “beat the Black off” him.

White pulled a hunting knife with a 7-inch blade from his backpack.

What happened next happened so quickly it was a “blur,” one witness said.

Officials played surveillance video in court, which showed Schellenger charging at White, picking him up and throwing him to the ground.

During the scuffle, White, who was 16 years younger and 50 pounds lighter than Schellenger, raised the knife and brought it down into Schellenger’s back.

“I was trying to get him off me,” White said.

“I wasn’t trying to kill nobody,” he testified. “I was defending myself. I was thinking I could die.”

After Schellenger went down, White pulled the knife from Schellenger’s back, fled the scene, went to his aunt’s house in West Philadelphia, and threw the knife on a rooftop.

Throughout the trial, prosecutors argued that White never should have engaged with Schellenger, but he inserted himself in the traffic dispute because he was looking for a fight. Their argument focused on a note police found in White’s phone that said, in part, “I ain’t even like that. If you piss me off, I’ll cut you.”

The defense argued White was just reacting in a split second to a threat from an older, larger, intoxicated man. 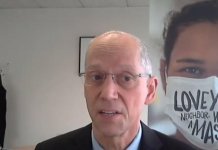