The center is one of three family detention centers in the country that can hold migrants before a legal hearing to decide whether they can stay or will be deported.

The two women showed up a little after 1 p.m. Friday afternoon with two staffers and entered the facility.

They then toured the facility until a little before 4 p.m. Dean, D-4th District, and Scanlon, D-5th District, said they spent a good portion of the visit talking to the roughly 25 detainees there, representing 13 different families. Most of them were from Nicaragua, El Salvador, and Guatemala, while Scanlon said there were 13 adults and 12 minors.

According to Scanlon, at least two of the families had been recently detained in immigration raids — including one in Philadelphia and one in Los Angeles. Others were picked up at the border seeking asylum before being shackled and detained, Scanlon said.

Dean compared the conditions to “a school you can’t leave,” while Scanlon said they were not the crowded, squalid conditions that exist in ICE concentration camps near the southern border. Both congresswomen have toured such facilities.

“While there are issues with whether you should ever be detaining children — it’s clearly bad for their mental health … at least there are beds and classrooms here,” Scanlon told reporters after the visit.

Dean said the facility did not have a dedicated pediatrician. Scanlon said that detainees described guards entering sleeping quarters every 15 minutes to shine a flashlight into the room.

Scanlon also pointed out that the facility had room for another 70 some individuals — which she said showed that the conditions in southern detention camps were “artificial,” if there was still room within the marginally better facility outside Reading.

Both lawmakers said they thought that the federal government should be letting families stay in their community before asylum hearings, rather than be detained.

“The [Trump] administration has chosen to do this, to pick up people and create incredible fear,” Dean said.

Open since 2001, the facility “houses undocumented immigrants who have entered the U.S. seeking asylum from their country of origin,” according to the Reading Eagle. The facility is owned by Berks County, which rents it to federal Immigration and Customs Enforcement for $1.3 million a year.

An ICE spokesperson told the Capital-Star in an emailed statement that the agency is “committed to ensuring that those in our custody reside in safe and humane environments and under appropriate conditions.”

“The Berks Family Residential Center will continue to provide a safe and humane environment for families as they go through the immigration process. BFRC supports all sanctioned local, state, and federal investigations into the safety and welfare of our residents,” the statement read.

Local activists and state lawmakers have called for the facility to be shutdown. They claim Gov. Tom Wolf has a legal option to shut down the Berks facility with an emergency removal order.

Wolf’s administration has instead claimed that conditions are not severe enough to invoke a removal order.

However, earlier this week, WITF-FM in Harrisburg reported that a collection of Carnegie Mellon psychologists were preparing a letter to Wolf claiming that the trauma of detention on children is enough to have the facility closed.

“The broad consensus of the scientific community is that the current US government policies on incarceration and separation of minors has a real potential for causing long-term, and very possibly permanent, harm,” the letter reads.

A guard at the facility was sent to prison for sexual assaulting a detainee in 2014. A civil rights lawsuit over the incident against the county and facility is ongoing.

Dean, a former state legislator for six years, said she planned to discuss her visit with Wolf.

“I want to help him make whatever legal arguments he can to shutdown this center,” she said.

U.S. Rep. Chrissy Houlahan, D-6th District, whose district includes part of Berks County, was invited but did not attend Friday’s tour. Dean said Houlahan was planning her own visit in the future.

Late last month, Congress passed a $4.6 billion package of humanitarian aid for the border by a 305 to 102 vote. The majority of yes votes came from Republicans, as the Democratic majority split.

More progressive members had backed an earlier spending plan that included more accountability over ICE and more foreign aid to the Central American countries where most migrants leave from.

But in the end, moderates backed a Senate spending plan without as many rules attached. Dean and Scanlon split on the vote.

Dean justified her vote, which occurred right before July 4, by saying she could not go home without “sending some dollars of relief for the children.”

“I couldn’t go home and march in four parades and say, ‘Yeah, I held the line, I didn’t send any resources to those kids,'” Dean said. “Was it the bill I wanted? Absolutely not.”

She and Scanlon placed blame on the majority-Republican U.S. Senate for destroying the bill with more accountability measures. Going forward, the two Judiciary Committee members said they planned to continue to investigate and adjudicate for further action to aid migrants. 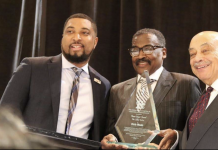 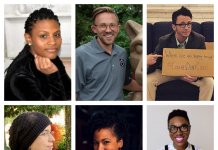