Jessica Marquez-Gates is old enough to remember an America before Roe v. Wade.

It was an America where women “douched with caustic chemicals” and used coat hangers to end unwanted pregnancies. She remembers desperate women dying because of botched attempts.

With her 70th birthday closing in next month, state governments approving abortion bans, and the five-decade-old landmark U.S. Supreme Court decision legalizing abortion under historic siege, Marquez-Gates is ready for a fight.

She’s not going back.

“This is an issue that transcends Democrats, that transcends Republicans,” Marquez-Gates, of Camp Hill, Cumberland County, said Tuesday as abortion rights advocates, joining with colleagues elsewhere in the country, rallied on the grounds of the state Capitol during a national day of action. “These are our daughters’, our granddaughters’ bodies we’re talking about. We cannot go back.”

So far, at least three states have passed legislation banning abortion after the sixth week of pregnancy, according to The Cut. Alabama Republican Gov. Kay Ivey recently signed a near total ban on abortion that would punish violators with a felony and take a torch to traditional exceptions for rape and incest. Missouri Gov. Mike Parson is expected to soon sign an eight-week ban, The Cut also reported.

Pennsylvania’s Republican-controlled House of Representatives recently passed a bill banning abortion based on an in-utero diagnosis of Down syndrome. Similar legislation has been introduced in the Republican-controlled state Senate. A freshman Republican in the state House is also seeking co-sponsors for a six-week ban, which is before most women even know they’re pregnant.

Pennsylvania Gov. Tom Wolf, a Democrat and former Planned Parenthood escort, has vowed to veto the bills if they reach his desk. Meanwhile, reproductive rights advocates expect the bills in other states to immediately run into court challenges.

But that’s the idea.

Evangelicals who held their noses and elected a boorish president with authoritarian tendencies contented themselves with the knowledge that, in return, they’d get an abortion-hostile Supreme Court that would move to overturn or substantially water down Roe v. Wade.

“All of these bans are a coordinated attack on reproductive rights in our country and on those who seek access to safe, legal abortion,” Maggie Groff, the interim executive director of Planned Parenthood PA Advocates, the women’s health organization’s political wing, said in a statement. “Our patients’ lives are too important, and we will continue to provide them with compassionate, quality health care, including abortion services.”

The cruel irony, of course, is that there’s nothing particularly “pro-life” or “pro-family” about any of these bills.

The small government conservatives who cry foul over government intervention into every other area of public life are perfectly willing to crowd into the examining room and make proxy rulings over the most deeply personal decision a woman can ever make.

What it boils down to is a matter of “bodily autonomy,” Amber Blaylock, of Lower Paxton Township, Dauphin County, said Tuesday. Women, not GOP lawmakers who tend to lose interest in what happens to a fetus after birth, should have the final — and only — say, she said.

That happens even as Republicans refuse to pass bills that help new and expectant mothers or gut the social safety net that low-income women depend on to help make ends meet while they work and try to raise their families.

The attacks on abortion access also come as the Trump administration has moved to impose new restrictions on federal family planning money, a move that most see as a barely disguised effort to defund Planned Parenthood.

In April, a federal judge granted an injunction, sought by 21 state attorneys general (including Pennsylvania’s Josh Shapiro) that temporarily blocks the rule from taking effect.

Take a moment and consider that: Not only are governors and lawmakers in states across the country seeking to legislate abortion out of existence, the White House is trying to get rid of money for programs that would help women avoid getting pregnant in the first place.

The end result, of course, is that abortions only increase in such a scenario.

And in a world where Roe is overturned and control over abortion is kicked back to the states, a yawning health care gap opens up between the wealthiest Americans — who can use their money and privilege to seek an abortion in a state where it’s legal — and poor women, rural women, and women of color who are trapped by income and circumstances, and cannot access the same standard of care.

It’s also a world that Jessica Marquez-Gates thought she left behind a long time ago. 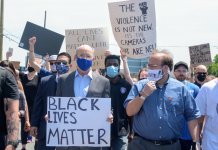 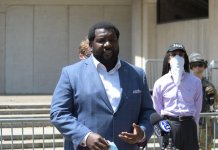 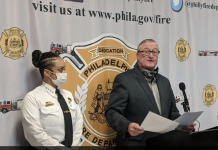