(Image via The Pittsburgh Current)

The mayor of Clairton, Pa. has confirmed that a resident of his suburban Pittsburgh community is Pennsylvania’s second COVID-19 death.

In a private Facebook post, Mayor Rich Lattanzi wrote that officials had been “made aware that a resident of Clairton has passed away from the COVID-19 virus that has plagued our nation and found our city. Prayers from all of us from city hall and condolences to the entire family.” 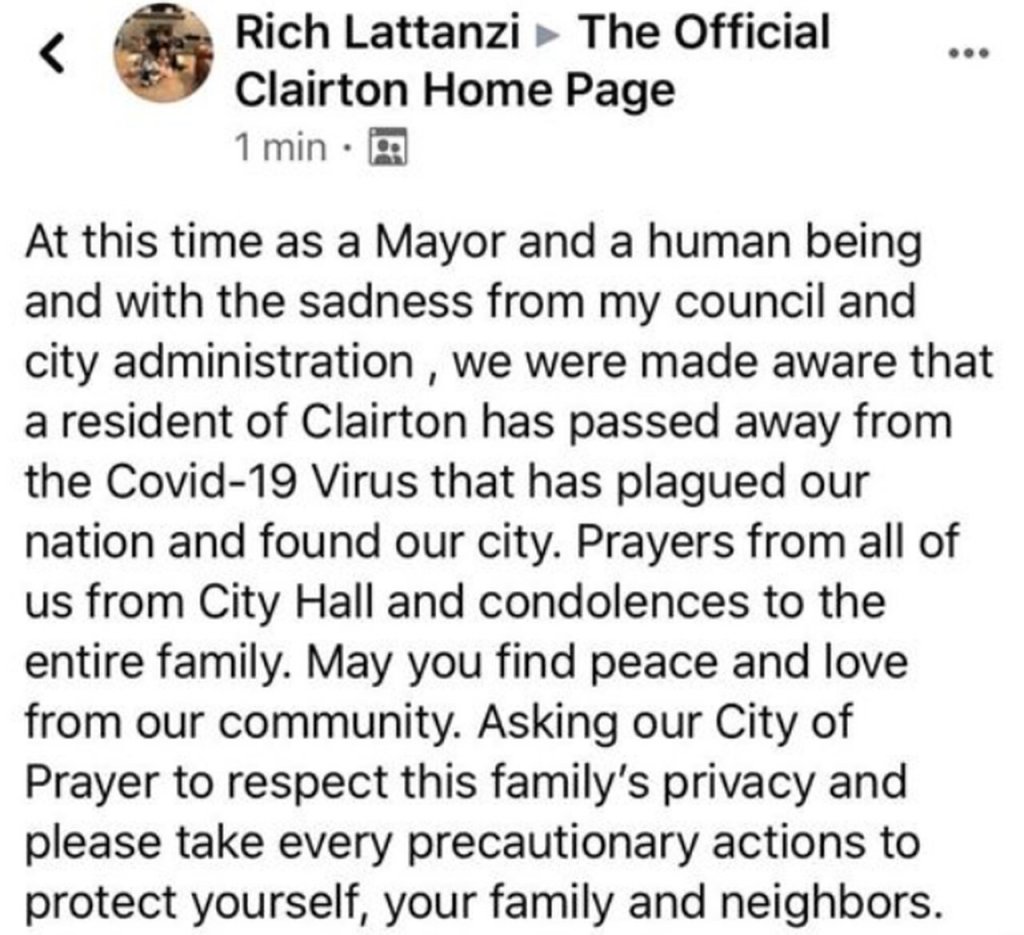 The news was first reported by the Pittsburgh Post-Gazette on Saturday morning.

At midday on Saturday, the most recent time for which data were available, state health officials had confirmed 371 COVID-19 cases in Pennsylvania.

The department had identified cases in 28 of 67 counties across the state. The two new counties with cases as of Saturday were Butler and Montour counties.