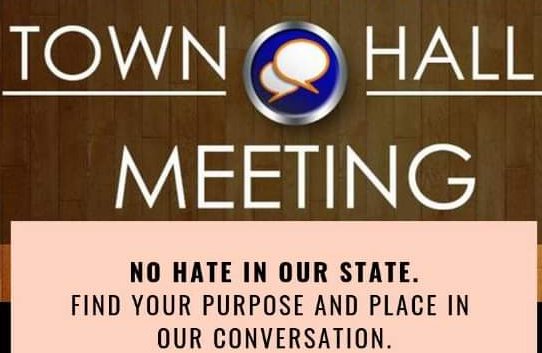 The commission in charge of investigating civil rights violations in Pennsylvania will host at least one meeting in Carlisle after police found fliers seemingly distributed by the Ku Klux Klan.

Carlisle Police said in a Feb. 2 tweet they “were made aware of malicious /unsolicited flyers being passed out.” A photo of the flier, shared by Councilman Sean Crampsie, features the hate group’s name and calls for “racial purity.”

Carlisle Chief Taro D. Landis told the Capital-Star, as of Feb. 21, “There is no new information about the [fliers].”

Carlisle Police were made aware of malicious /unsolicited flyers being passed out today. We are attempting to identify those responsible but have received very little info. Anyone with helpful info please contact Carlisle Police at 717-243-5252 or our crimewatch tip line.

Hope Station Executive Director Safronia Perry said via email the “meeting will be a call to action for the residents.”

“We want people to come prepared to discuss next steps on how this community can work together to fight hate,” she said.

In summer 2018, similar fliers were found on several occasions in York County. Police said one person admitted to distributing the fliers, but no charges were brought.

In response to the incident, the Human Relations Commission held several “No Hate in Our State” town hall meetings in the county.

The KKK is just one of 36 hate groups the Southern Poverty Law Center tracked in Pennsylvania last year.