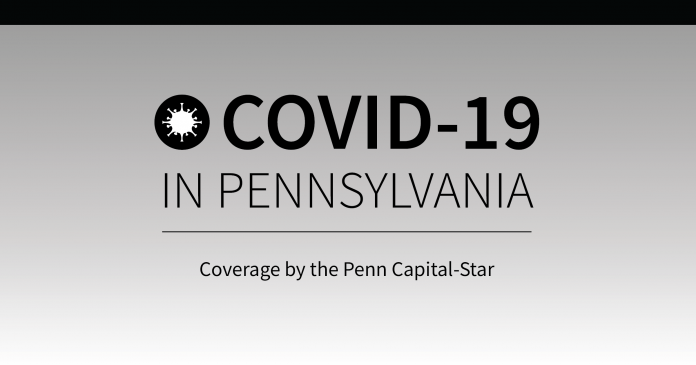 As Pennsylvania logged its largest single-day increase in the number of confirmed COVID-19 cases, the state’s top health official urged the public not to let up on efforts to slow the spread of the virus by avoiding as much contact as possible with other people.

“It’s really important that people not become complacent, and not have a false sense of security,” health secretary Rachel Levine said during an afternoon briefing Tuesday. “We want people to stay home.”

Pennsylvania’s Department of Health on Tuesday confirmed 207 new cases of the COVID-19 virus, bringing the total number of known cases in the state to 851.

The state also confirmed that the death toll from the virus has risen to seven, with fatalities reported in Allegheny, Lackawanna, Monroe, Montgomery and Northampton Counties.

The exponential rise in cases is partly a consequence of greater testing capacities in medical labs. Pennsylvania’s state lab in Exton, Pa. now processes more than 100 COVID-19 tests a day, Levine said, giving priority to healthcare workers. The vast majority of all other tests are processed by hospitals and commercial labs.

Levine said the number of new cases and fatalities from the highly contagious virus would continue to increase, especially now that officials are seeing sustained community spread in Allegheny County and the Philadelphia metropolitan area.

Those areas are among the seven counties under “shelter in place” orders from Gov. Tom Wolf, who on Monday announced that schools and daycare centers in the Commonwealth would remain closed until at least April 6.

Residents of those counties have been instructed not to leave their homes unless they are going to work, going to care for a family member, shopping for groceries and other essentials, or getting exercise in their neighborhoods.

Levine did not say on Tuesday if Pennsylvania would follow suit, but said other Pennsylvania counties could face the stay-at-home restrictions if officials find local evidence of sustained community spread.

Levine said that avoiding unnecessary contact with other people remains the best way to prevent the spread of the virus, which threatens to overwhelm the state’s healthcare system as the caseload grows.

She added that state officials are working with hospitals across the state to ensure they have the equipment and personnel they need to respond to a surge in patients in the coming weeks.

The state has received N95 masks and other personal protective equipment for medical providers from a national stockpile, Levine said, which are allocated to hospitals and regions according to need.

The state is working to purchase more ventilators and masks from manufacturers.

“There is every reason to believe this increase will continue,” Levine said. “We are hopeful that the mitigation and prevention efforts we’ve been implementing will cut off that peak so the surge is not quite as high, but we’ll take this day by day and week by week.”