(*This story was updated at 8:55 p.m. on 8/31/21 with additional comment from the state Department of Drug and Alcohol Programs.)

Speaking to a somber sea of purple on the Capitol Steps Tuesday morning, state Department of Drug and Alcohol Programs Secretary Jen Smith reflected on the importance of International Overdose Awareness Day.

“Today is a day of reflection and remembrance in Pennsylvania,” Smith said. “It is important for us to come together and honor the lives of those lost to an overdose and continue to provide support and hope to individuals who are on their recovery journey.” 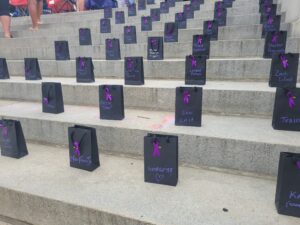 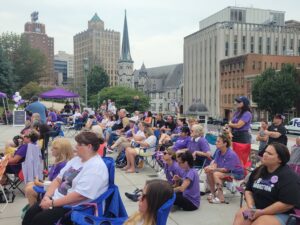 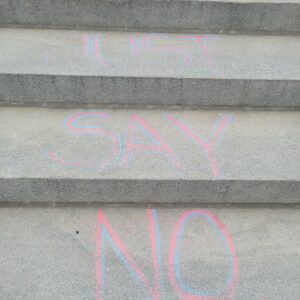 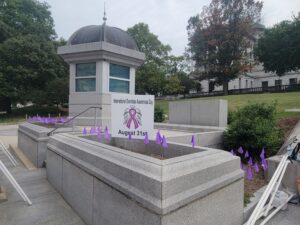 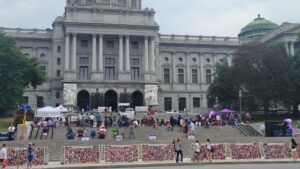 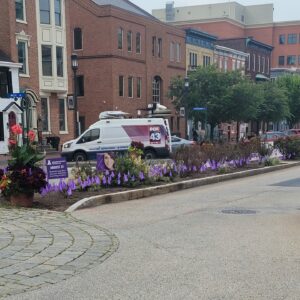 Joined by the Pennsylvania chapter of Team Sharing, a national nonprofit composed of parents who have lost children to substance use disorder, Smith called on the state government to “recommit” to managing the opioid epidemic.

Those who gathered in observance wore purple, the color chosen to represent overdose awareness.

Preliminary data from the state Department of Health shows that Pennsylvania reported 5,063 drug overdose deaths from 2020 through July 21, 2021.

As the pandemic raged, so did drug overdose deaths | The Numbers Racket

“Overdose death numbers for 2020 slid back to near-record levels as the COVID-19 pandemic greatly impacted this public health crisis,” Smith said Tuesday. “We must double-down on what we know works: reducing the stigma surrounding SUD and ensuring resources for those who are struggling,”

The he Republican-controlled General Assembly declined Wolf’s call to cut short its summer vacation and return to Harrisburg to extend the declaration beyond its now-limited 21 days.

In a letter to Wolf, Senate President Pro Tempore Jake Corman, R-Centre, and House Speaker Bryan Cutler, R-Lancaster said, “We believe that rather than renewing the disaster declaration for a fifteenth time, we assure you of our commitment to continuing our vital work in the weeks, months and year ahead.”

DDAP said it plans to continue its efforts to fight the opioid crisis with or without the declaration.

*”The Wolf Administration’s commitment to address opioid use disorder, substance use disorder and the disease of addiction will continue,” agency spokesperson Alison Gantz told the Capital-Star in an email. “While we are assessing the most effective means for continued coordination now that the legislature allowed the opioid disaster declaration to expire, the Administration has continued to meet regularly to ensure collaboration and communication between state agencies, and we have no plans to cease such coordination.”