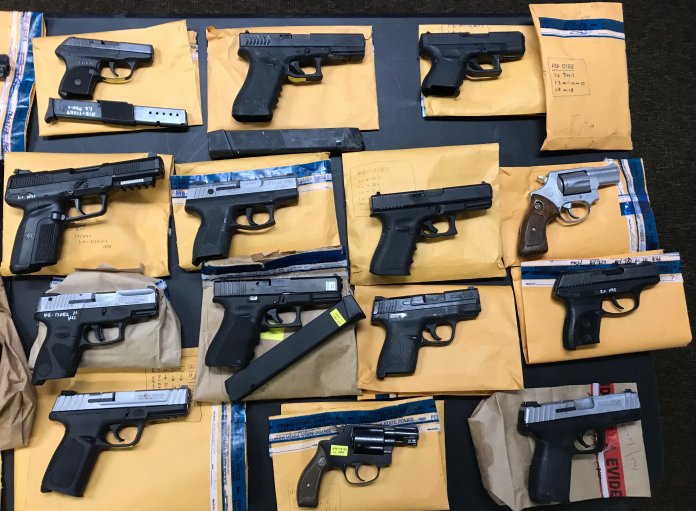 Guns may be banned in Pennsylvania’s courthouses and the Capitol, but they’re fair game in municipal buildings, parks, and playgrounds across the state.

A state senator from the Philadelphia suburbs wants to change that.

Sen. Maria Collett, D-Bucks, plans to introduce a bill that would let municipalities outlaw guns on public property — something that local officials can’t do under Pennsylvania’s current preemption laws.

Collett said the bill was inspired by conversations with constituents, who say the rules that apply to courthouses and the state Capitol should extend to municipal buildings.

“Everyone in our communities should be able to access a trail, play at a park, learn in a library, or have their voice heard at a meeting of their local government without the fear of becoming another victim of gun violence,” Collett wrote in a memo seeking support from other lawmakers. “The commonwealth shouldn’t stand between local elected officials and their constituents on matters of public safety.”

One of the state’s leading gun control activists says the bill is long overdue.

Shira Goodman, executive director of CeaseFire PA, told the Capital-Star last month that local officials were rattled by a November 2018 shooting at a municipal building in Monroe County’s Paradise Township.

A gunman also killed three people at a municipal meeting in Ross Township in 2013.

She hopes that Collett’s bill will at least get a hearing from a Senate committee.

“Legislators need to hear from their own mayors, council people, and civil servants what they feel they need to be safe,” Goodman said Wednesday.

Until recently, several Pennsylvania municipalities, including the capital city of Harrisburg, had ordinances that outlawed guns on public property.

Many repealed those ordinances in 2014, after the legislature passed a statute that opened them up to new legal challenges.

The statute was later overturned by the state Supreme Court, but few municipalities reinstituted their local laws.

An attorney who has defended municipal gun ordinances in Pennsylvania’s appellate courts said it makes sense for municipal governments to regulate behavior on their property.

Josh Autrey, an attorney with Levin Legal Group in Harrisburg, pointed out that local governments can’t pass local alcohol ordinances. That doesn’t stop them, he said, from kicking someone out of city hall for drunk and unruly behavior.

“The same principle would apply to regulating an employee who, say, wants to bring a shotgun strapped to their back to an office job,” Autrey said. “There has got to be practical abilities to regulate employees in public spaces.”