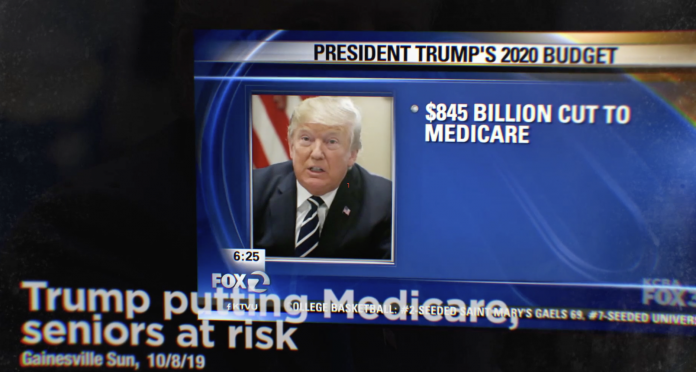 Priorities USA Action, the largest of the Democratic Party’s Super PACs, launched its $150 million ad buy in Pennsylvania and Wisconsin, with expansion to Michigan and Florida planned as the lead up to the Democratic National Convention in July.

The 30-second ads, focus on the impact Trump’s policies and behaviors have had on Americans.

The second ad features “Amy,” a woman fighting breast cancer and an example of the millions of Americans with pre-existing medical conditions. The ad attacks Trump’s changes to the Affordable Care Act, saying they would gut existing protections for those with pre-existing conditions.

As of July 2019, Priorities USA had outspent Trump in digital and online ads in must-win states.

The PAC said in a statement released Tuesday that it launched a plethora of new digital ads in Arizona, Florida, Pennsylvania, Michigan and Wisconsin earlier this month, a sign that the PAC is willing and able to keep outspending its GOP counterparts.

In its statement, Priorities USA said it’s already reserved $70 million for television and digital advertising. The organization will spend about $40 million on digital video and audio platforms such as YouTube, Hulu, and Pandora in addition to about $30 million spent on TV advertising.

The only plausible excuse for asking women to ‘take one for...