Candidates, constituents of rural Pa. call for ‘their own Bill of Rights’

Candidates for rural House and Senate seats call for a “Rural Bill of Rights” Thursday. (Capital-Star photo by Cassie Miller).

Democratic candidates from rural Pennsylvania districts joined constituents on the Capitol Steps Thursday to call for a “Rural Bill of Rights.”

They are as follows:

Several of the candidates said that residents of rural Pennsylvania don’t feel “heard” in Harrisburg.

Michelle Siegel, a Democrat running for Senate in the rural 27th SD.

She says the rural bill of rights came about because rural people don’t feel heard in Harrisburg.

“They’re angry … they just don’t know who to be angry at,” said Shelbie Stromyer, a retired nurse and Democrat running for the 21st Senate District, which includes Clarion, Forest, Venago and parts of Butler and Warren counties.

Watch as candidates from Rural Pa. sign the “Rural Bill of Rights.” 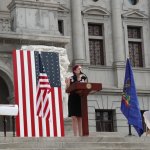 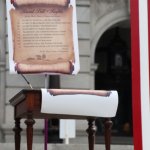 The Rural Bill of Rights. 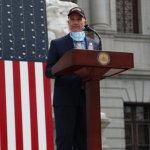 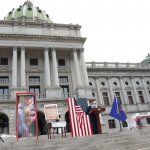 Candidates for rural House and Senate seats call for a “Rural Bill of Rights” Thursday. (Capital-Star photo by Cassie Miller). 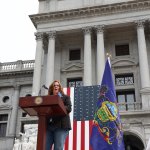 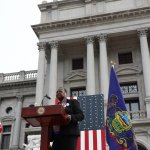 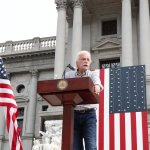 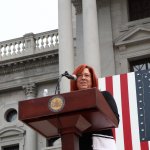 Patty Smith, candidate for the 104th. 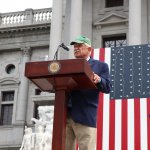 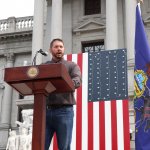 Brian Monahan, a boilermaker from the 109th. 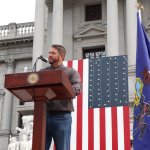 Monahan speaks about the importance of trade schools. 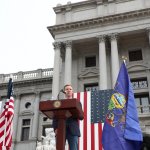 Candidates, constituents of rural Pa. call for ‘their own Bill of Rights’