The Pennsylvania Capital-Star is a nonpartisan, nonprofit news site dedicated to honest and aggressive coverage of state government, politics and policy.

The nearly 13 million people who call the commonwealth home depend on their interests being safeguarded by one of the nation’s largest, most expensive, and often inefficient and corrupt full-time state legislatures. The actions of the legislative, executive and judicial branches touch on almost every aspect of Pennsylvanians’ daily lives.

Since our launch in February 2019, the Capital-Star has emerged as a go-to source for in-depth original reporting, explainers on complex topics, features that ground policy debates, as well as progressive commentary on a range of issues.

What you won’t find? Ads, pop-ups, or a paywall.

Thanks to our partnerships with news organizations across the state, and correspondents in Philadelphia, Pittsburgh, and Northeastern Pennsylvania, we can deliver breaking news from the furthest corners of the Commonwealth directly to your desktop or mobile device. Our 3-person Washington D.C. Bureau provides a critical Pennsylvania lens on national issues.

And our daily Morning Coffee newsletter is the agenda-setter for Pennsylvania’s political conversation.

The Capital-Star is part of States Newsroom, a national 501(c)(3) nonprofit supported by grants and a coalition of donors and readers.

Need to get in touch?

Have a news tip? 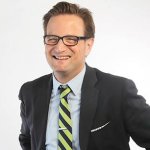 An award-winning political journalist with more than 25 years’ experience in the news business, John L. Micek is the Pennsylvania Capital-Star’s Editor-in-Chief. Before joining the Capital-Star, Micek spent six years as Opinion Editor at PennLive/The Patriot-News in Harrisburg, Pa., where he helped shape and lead a multiple-award-winning Opinion section for one of Pennsylvania’s most-visited news websites. Prior to that, he spent 13 years covering Pennsylvania government and politics for The Morning Call of Allentown, Pa. His career has also included stints covering Congress, Chicago City Hall and more municipal meetings than he could ever count. Micek contributes regular analysis and commentary to a host of broadcast outlets, including CTV-News in Canada and talkRadio in London, U.K., as well as “Face the State” on CBS-21 in Harrisburg, Pa.; “Pennsylvania Newsmakers” on WGAL-8 in Lancaster, Pa., and the Pennsylvania Cable Network. His weekly column on American politics is syndicated nationwide to more than 800 newspapers by Cagle Syndicate. He lives in suburban Harrisburg with his wife and daughter. 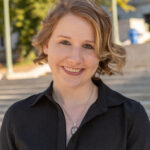 A native Pennsylvanian, Cassie Miller worked for various publications across the Midstate before joining the team at the Pennsylvania Capital-Star. In her previous roles, she has covered everything from local sports to the financial services industry. Miller has an extensive background in magazine writing, editing and design. She is a graduate of Penn State University where she served as the campus newspaper’s photo editor. She is currently pursuing her master’s degree in professional journalism at the University of Nebraska-Lincoln. In addition to her role at the Capital-Star, Miller enjoys working on her independent zines, Dead Air and Infrared. 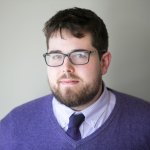 Pennsylvania Capital-Star staff reporter Stephen Caruso can often be spotted enthusiastically combing the hallways and climbing the stairs of the state Capitol building. A New York native, Caruso holds a degree in economics from The University of Pittsburgh. But he was drawn into reporting through a position at the student newspaper, The Pitt News, where he wrote, photographed, designed and edited his way into a journalism career covering sports, campus life and the 2016 presidential race. Caruso worked at Pittsburgh City Paper and PublicSource, before moving to Harrisburg to work for The PLS Reporter. When he’s not reporting, he enjoys working out, watching baseball, cooking, and playing board games. 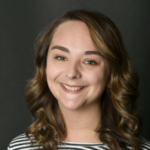 A Pennsylvania native, Marley Parish covers the Senate for the Capital-Star. She previously reported on government, education and community issues for the Centre Daily Times and has a background in writing, editing and design. A graduate of Allegheny College, Marley served as editor of the campus newspaper, where she also covered everything from student government to college sports.